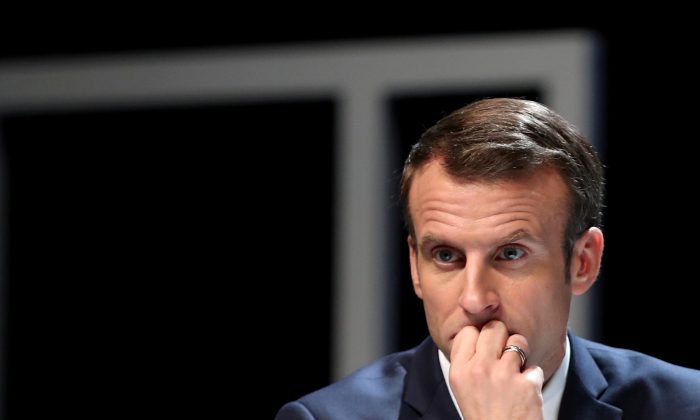 The 10 days of unrest, which on Nov. 24 left some Parisian boulevards transformed into battlefields, hit Macron as he sought to counter a sharp decline in popularity, and have again exposed him to claims of being out of touch with voters.

While the French leader has shown no signs of reversing the diesel tax hikes, which he says are needed to help spur a switch to greener energy, he is now indicating a willingness to soften the blow for motorists on modest incomes.

“We shouldn’t underestimate the impact of these images of the Champs-Elysees … with battle scenes that were broadcast by the media in France and abroad,” government spokesman Benjamin Griveaux said, recounting the president’s words.

“Behind this anger, there is obviously something deeper that we must respond to, because this anger, these anxieties have existed for a long time,” Griveaux said.

Macron has doubled down in his defense of the diesel tax, aware that the French treasury is hungry for the revenues the levy generates and that unwinding the tax would damage his green credentials.

He has already earmarked 500 million euros ($566 million) to help poorer citizens buy less-polluting vehicles, as he sought to answer criticism that his reforms have eaten into household spending. But it wasn’t enough to avert the wave of unrest.