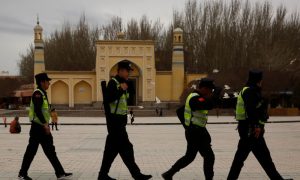 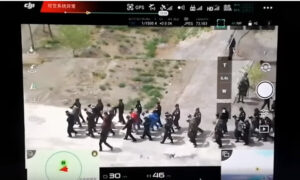 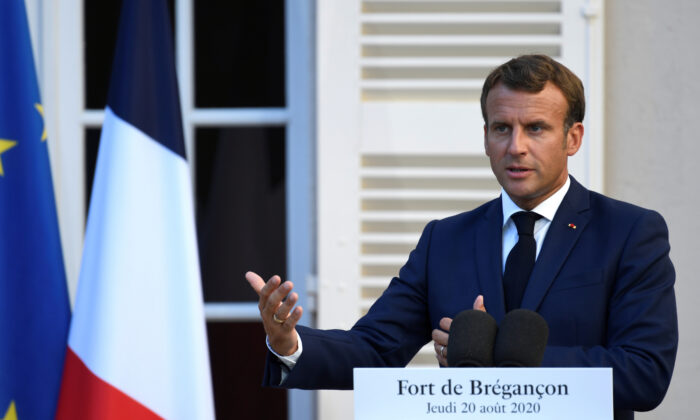 French President Emmanuel Macron speaks at the press conference at in Bormes-les-Mimosas, France on Aug. 20, 2020. (Christophe Simon/Pool via Reuters)
Europe

Following months of protests, a new security law was introduced in Hong Kong that has drawn wide criticism in the West for jeopardizing basic rights and freedoms the special administrative region was promised when it returned to Chinese rule in 1997.

The United Nations estimates that more than a million Muslim Uighurs have been detained in camps in the Xinjiang region. Chinese regime denies mistreatment and says the camps provide vocational training and are needed to fight extremism.