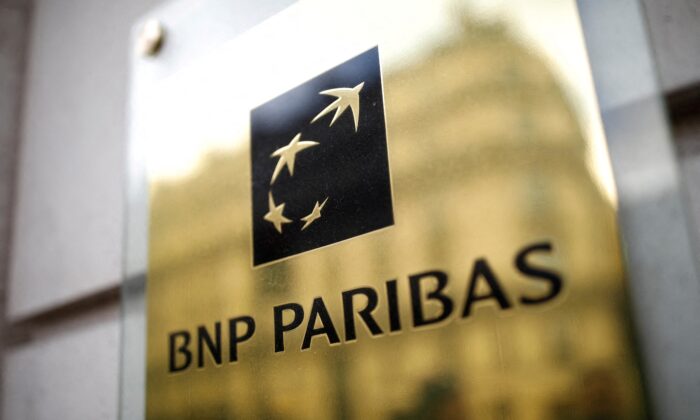 The BNP Paribas logo is seen at a branch in Paris on Feb. 4, 2020. (Benoit Tessier/Reuters)
Companies

France’s BNP Paribas Postpones Return to Office for US Staff

NEW YORK—BNP Paribas is pushing back its return-to-office date for U.S. employees by nearly a month to the second week of February due to the Omicron variant, an executive at France’s largest bank told Reuters.

Wall Street firms were among the first to encourage staff to return to offices, but a winter wave of COVID-19 infections driven by Omicron has forced many to rethink their plans and review their vaccination policies.

“With what happened with Omicron, we wanted to go back into a more conservative mode. So we only have people in the office if there’s a business critical need for them to be in,” said Kevin Abraszek, head of HR change and transformation at BNP Paribas in New York.

“Initially, we said that we would have continued that policy through mid-January. But we most recently extended that through to Feb. 7,” he said.

Citigroup said this month U.S. employees who had not been vaccinated against COVID by Jan. 14 would be placed on unpaid leave and fired at the end of the month unless they were granted an exemption and accommodation.

BNP Paribas, which employs nearly 14,000 people in the United States, will expect U.S. employees to work at least one day a week in the office once they return, similar to its policy late last year before Omicron struck.

A bank spokesperson said the return to office policy applied only for investment banking employees, not for employees of BNP Paribas’ U.S. retail arm, Bank of the West.

Abraszek said vaccination against COVID was a requirement to be in the office, but the bank was allowing employees who have not been vaccinated to continue working from home.

“I think we’re going to continue to look at that decision and that policy in the early part of this year,” he said.

The bank plans to bring capacity back up to 50 percent gradually once employees start to return, said Abraszek.

“We were generally skewing around 25 percent to 30 percent late last year,” he said. “We’ll probably reach that level and then our hope is that over the course of the spring, and certainly into the summer, that we will get closer to that 50 percent.”