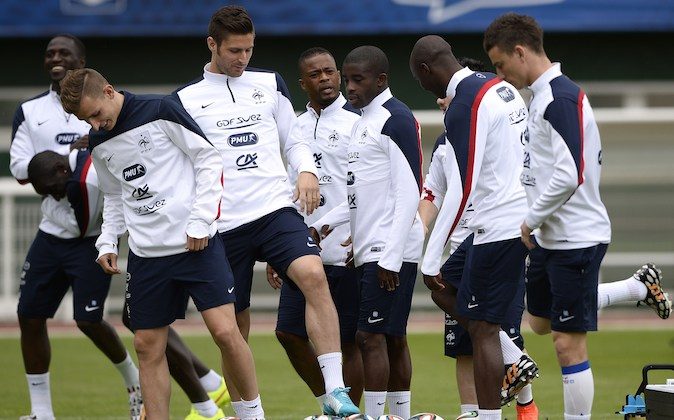 The France vs Paraguay soccer international friendly match is set for Sunday, June 1.

The game will be broadcast on TF1 in France.

The game will also air on TV5 Monde USA, Galavision, and ESPN3 in the United States.

Live stream is available on Watch ESPN (subscribers only).

In this friendly fixture, France will be boosted by the return of Real Madrid duo Karim Benzema and Raphael Varane.

Deschamps will be keen to build on his side’s promising performance and keep the peace in the squad as they head to Brazil.

Egos have gotten the better of French national sides in recent times, and Deschamps has promptly omitted Samir Nasri and Jeremy Menez, two players at centers of controversies, out of his 23-man squad.

France will have a relatively easier time making it past the group stage as they face Honduras, Switzerland, and Ecuador in Group E.

For Paraguay, the match represents another opportunity to test themselves against World Cup opposition.

The South American side missed out on qualifying as they finished at the bottom of the table with a measly 12 points from 16 games.