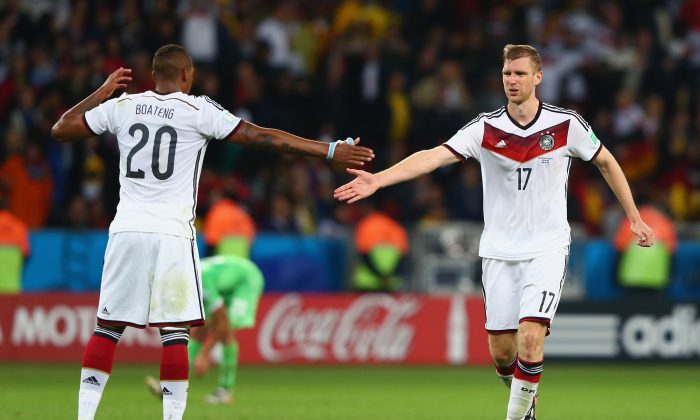 Jerome Boateng and Per Mertesacker of Germany celebrate their team's second goal in extra time during the 2014 FIFA World Cup Brazil Round of 16 match between Germany and Algeria at Estadio Beira-Rio on June 30, 2014 in Porto Alegre, Brazil. (Jamie Squire/Getty Images)
Soccer

France and Germany will go head-to-head in a World Cup 2014 quarter final game on Friday, July 4.

Check out some odds to win for the game.

RIO DE JANEIRO (AP) — A European presence in the World Cup semifinals is assured as Germany and Francemeet at the Maracana on Friday, looking to shrug off stumbling wins in the second round that exposed frailties in both teams.