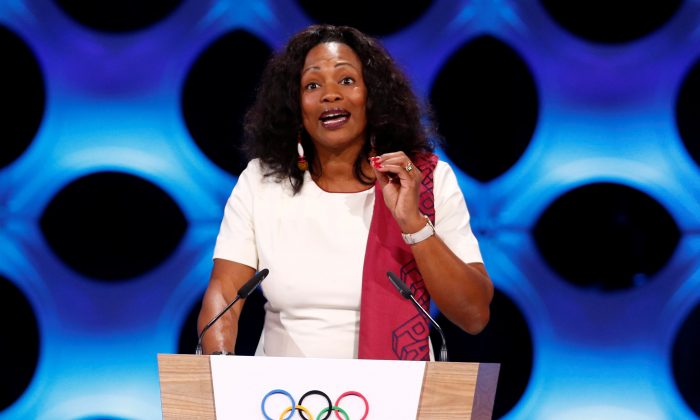 France Minister of Sport Laura Flessel gives a speech at the presentation of Paris 2024 at the 131st IOC session in Lima, Peru on Sept. 13, 2017. (REUTERS/Mariana Bazo)
International

France to Skip 2018 Winter Games If Security Not Assured

Olympics organizers sought on Friday to ease French concerns about next year’s winter Games in South Korea, saying the safety of athletes was their priority and nations in the region had no doubts that the event would go ahead.

With tensions on the Korean peninsula rising, France on Thursday became the first nation to publicly raise the possibility of skipping the Feb. 9-25 Pyeongchang Olympics on security grounds.

North Korea, which conducted a sixth nuclear test on Sept. 3 to global condemnation, said on Friday it might test a hydrogen bomb over the Pacific Ocean after U.S. President Donald Trump threatened to destroy the reclusive country.

“We are monitoring the situation on the Korean peninsula and the region very closely.” an International Olympic Committee spokesman said.

“Athletes’ safety and security are of course a primary concern for the IOC. This is why even in the past few days at the United Nations we continue to be in touch with the heads of state concerned.”

“In none of the discussions, has anybody expressed any doubt about the Olympic Games 2018,” the spokesman said, adding that preparations for the Games remained on track.

The multi-billion dollar Pyeongchang Olympics will be held just 50 miles from the demilitarized zone between North and South Korea, the world’s most heavily armed border.

France’s Sports Minister Laura Flessel had said on Thursday if the crisis deepened and athletes’ security could not be assured, “the French Olympics team will stay at home.”

“We’re not there yet,” she added, just a week after the IOC awarded the 2024 summer Olympics to Paris.

Other Winter sports powerhouses said they were monitoring developments but had no plans to miss the Olympics.

“Waiving participation of the Swiss team is at the moment not under discussion,” one of its Olympic committee officials told Reuters.

The U.S. Olympic committee said it was working with authorities to ensure the safety of its delegation, while Russia said security was each host country’s responsibility and China’s foreign ministry said it was not aware of any plans for its Olympic team to not attend.

Sweden also had no plans to stay away.

“It would take an overall assessment of the IOC and the local organizing committee, an international decision by the United Nations or a strong general counsel from the Swedish authorities. But none of those (conditions) exists at the moment. We are completely focused on going.”

North and South Korea remain technically at war after their 1950-53 conflict ended with a truce and not a peace treaty.