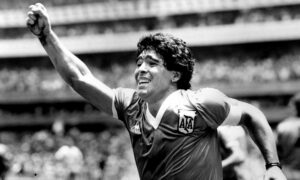 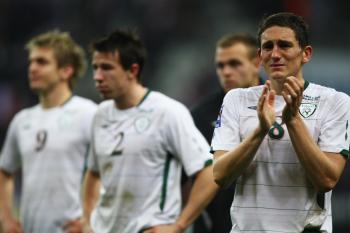 By Rahul Vaidyanath
Print
The Republic of Ireland will not be going to the World Cup in South Africa next summer after a highly controversial 1–1 draw with France in Paris on Wednesday.

In another example that pleads for TV replays in soccer, world-class striker Thierry Henry clearly guided the ball with his arm and hand before passing to William Gallas, who scored the tying goal in the 104th minute of play.

Robbie Keane had put the Irish up 1–0 after a nice feed from Damien Duff in the 33rd minute. The Tottenham striker also had a near breakaway in the second half but rolled the ball too far ahead of himself. Ireland created more quality chances than France did.

After France had beaten Ireland 1–0 last Wednesday, and the Irish leading France 1–0 after 90 minutes of play, extra time was needed. With the draw, France wins in aggregate 2–1.

“You can tell by the boys’ reaction. It [the ball] hit his hand blatantly. We’ve got TV replays, this is the time to use them,” said Ireland’s Sean St. Ledger in an interview with Sky Sports.

“We feel cheated. We were the better team tonight.”

“I don’t necessarily think the blame falls on him [Henry],” said St. Ledger.

Players often do whatever it takes, legal or not, to try to win—especially when the stakes are so high. But the referee and his assistant missed a crucial call.

French midfielder Florent Malouda, who took the free kick that led to the Gallas goal, summed it up by saying, “We were very lucky tonight.”

In other European World Cup qualification playoffs, Greece stunned Ukraine 1–0 to advance, Slovenia beat Russia 1–0 to advance on the away goals rule after losing 2–1 last Wednesday, and Portugal beat Bosnia-Herzegovina 1–0 to move on.

Algeria defeated their North African rival Egypt 1–0 in a fiery affair in Khartoum, Sudan. The Algerians return to the World Cup for the first time since 1986. They join Ghana, Cameroon, Nigeria, Ivory Coast, and South Africa (as host) in the World Cup.

Uruguay became the 32nd and final team to qualify after holding Costa Rica to a 1–1 draw at home after last Wednesday’s 1–0 road win. Uruguay is the fifth team from South America to qualify along with Brazil, Paraguay, Argentina, and Chile.

Nations that have already qualified from North and Central America and the Caribbean (CONCACAF) are United States, Mexico, and Honduras.

New Zealand will represents Oceania in South Africa after qualifying last Saturday with a 1–0 victory over Bahrain. Qualifiers from Asia are: Australia, Japan, North Korea, and South Korea.

The drawing for the eight groups of four will take place on Dec. 4.