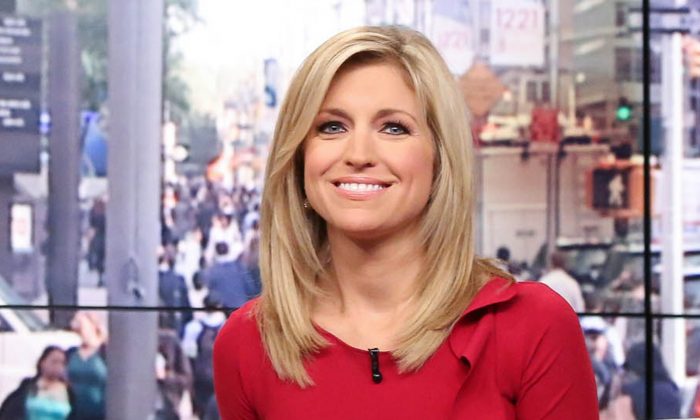 Ainsley Earhardt is the well-known and bubbly southern belle who co-hosts the morning show Fox and Friends. While she is now a successful presenter and a household name, she also faced plenty of challenges in her life. But she attributes her success and resilience to her strong faith in God.

Coming from a traditional Christian family in North Carolina, Earhardt learned about the importance of faith from a very young age. “Growing up, we talked about God in our home and said a blessing at every meal and prayers before bed,” she recalls in an excerpt from her autobiography The Light Within Me, which was featured by FOX News in 2018.

As a child, young Earhardt also developed a strong desire to work in the entertainment industry. She attended theater camps and classes and was even an extra in a Disney film. “Deep down I just knew that that would be me someday, either in front of a camera or on the stage,” she wrote.

Earhardt began her career as a reporter working for local stations before getting her big break at Fox News in 2007. And since then, she’s built a successful career as a co-host for the show “Fox And Friends.” Earhardt remained humble through her successful career and confessed to CBN News, “I’m so excited about what God has done in my life, and I love Jesus and I can’t hide that.” She attributes her accomplishments directly to her faith and believes she was blessed because, as she says, “He knew I wasn’t going to be afraid and I wasn’t going to fear what the rest of the world thought.”

However, her life hasn’t been without hardship. In a touching interview with I Am Second, she shared a difficult time when her faith was challenged. The clip shows a different side to the confident woman who co-hosts a popular news program. Instead, she openly discussed having suffered a miscarriage after which she needed a D&C surgery, and how heartbreaking that was for her.

Not long after her ordeal, Earhardt found out she was pregnant again and this time gave birth to a healthy baby girl named Hayden. While recalling her daughter’s birth, she exclaimed in an interview with CBN that, “Other than becoming Christian, that weekend when she was born—she was born on a Friday—was the best weekend of my life.”

In her book, Earhardt states that while she had always wanted to be part of the media, fame was not something that she aspired towards. She describes, via FOX News, how grateful she is for her many accomplishments, both in her personal and professional life:

Not a day goes by that I don’t look at myself in the mirror and ask God, ‘Why me? Why did you choose me, Ainsley Earhardt from Columbia, South Carolina, to be one of a handful of female national news anchors?’ I don’t know the complete answer to this question except to say that God put me here for a reason, and that reason has nothing to do with me becoming famous.

Earhardt’s compelling story serves as a worthy example of how much value one’s faith can have, even when they have to go through the worst life has to offer.