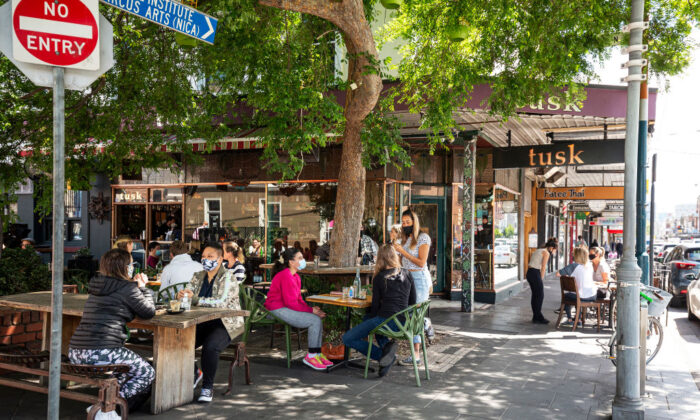 Victoria has recorded its fourth consecutive day of zero COVID-19 cases and no further deaths, as Melburnians enjoy their first public holiday since emerging from lockdown.

The latest figures, issued by the Department of Health and Human Services, bring Melbourne’s 14-day rolling average to 1.9 cases.

“This is the quaddie we want for the last 4 days: 0,0,0,0,” Victoria’s Chief Health Officer Brett Sutton posted on Twitter.

The number of ‘mystery’ cases in Melbourne has risen from one on Monday to two on Tuesday. The statistic covers the fortnight to October 31.

Sutton tweeted on Monday afternoon it was not a cause for alarm.

“We have three cases still under investigation from the last week. There are no ‘red flags’ with these cases, with all close contacts testing negative and two of the cases possibly historical or resolved,” he wrote.

“Will probably add to our #mysterycases but doesn’t materially change risk.”

Regional Victoria, meanwhile, has recorded no cases in the past fortnight.

Sutton said 12,841 tests have been received since Monday.

Melbourne Cup Day will be marked on Tuesday with Flemington off-limits to any spectators for the race that ‘stops the nation.’

Pubs and bars are open to pick up the slack but limited to caps of 50 people outdoors and 20 indoors.

Only two adults plus dependants from one household are allowed over for a cup day party.

Parks are likely to be a popular option for groups up to 10, as temperatures across the city soar into the high 20s.

“We are going to need to continue to do that for the months ahead,” she said on Monday.

More restrictions are due to ease in Melbourne from 11:59 p.m. on Sunday, including the scrapping of a so-called “ring of steel” dividing the city from the regions and a 25 kilometre travel limit.

Patron caps on pubs and restaurants will also increase to up to 40 people inside and 70 outside.