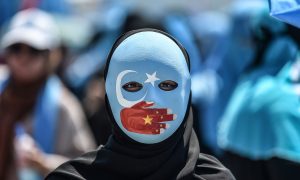 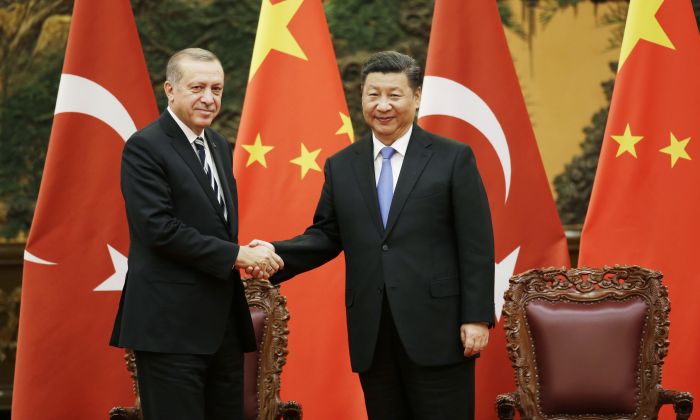 Four Turkish businessmen were recently detained in China after Turkey’s foreign ministry issued a statement condemning the Chinese regime’s forced internment of up to a million Uyghur and other Muslim minorities in Xinjiang, drawing criticism that Beijing is retaliating with hostage diplomacy.

In the early morning of March 9, four Turkish businessmen who were attending a trade fair in the southern Chinese coastal city of Xiamen were taken away by local police from the hotel where they were staying.

The men represented three Turkish marble exporters seeking to sell their products to China at the 19th China Xiamen International Stone Fair held from March 6 to 9. There was an estimated total of 150 Turkish companies at the fair.

Chinese authorities did not give the names of the businessmen, but their initials are O.S., M.O., A., and Y.C., according to a report by Turkish media Hurriyet Daily News on March 10.

The report said that the three Turkish companies were accused of evading taxes on 240,000 metric tons of raw marble imports worth 400 million yuan ($60 million) since 2016, which totaled 30 million yuan ($4.5 million) in missed taxes.

Although no Chinese media have reported on this case, the news spread through word-of-mouth among Turkish businesses at the fair.

“After the information became public, some stone company owners scheduled for earlier flights [to leave Xiamen]. Some of them went to Hong Kong,” an anonymous Turkish businessman said in the report.

Another Turkish businessman who left China after hearing the news said he was so spooked he does not intend to return to China.

Turkey is the world’s biggest marble exporter. Turkish firms typically export the marble to China to be processed into finished marble.

According to Turkish state-run media Anadolu Agency, Turkey received $2.07 billion in revenue from exporting marble in 2017. The biggest buyers were China, the United States, and Saudi Arabia. Stone News reported that about 85.5 percent of Turkish raw marble were exported to China that year.

Hurriyet Daily News published an opinion article on March 11 arguing that the arrests were politically motivated because “one diplomatic statement from the Turkish Foreign Ministry was enough to make Turkish-Chinese relations take a nosedive.”

On Feb. 9, the Turkish Foreign Ministry published a statement criticizing the Chinese regime for its internment camps in Xinjiang, where torture and political brainwashing are taking place, according to accounts by former detainees. About 13 million Uyghur minorities reside in China; they are a Turkic ethnic group and speak a dialect similar to that spoken in Turkey.

The Middle Eastern country is the only Muslim-majority state to have publicly condemned the Xinjiang internment camps thus far.

The statement mourned the death of Uyghur musician and poet Abdurehim Heyit, who was sentenced to eight years in prison in 2017.

Days later on Feb. 11, the Chinese foreign ministry spokeswoman Hua Chunying threatened Turkey that their actions would “harm themselves and others.”

Chinese state media also later published a video, in which it claimed to show footage of Heyit still alive.

“It is a well-known fact that China [CCP regime] has zero tolerance against criticism,” the Hurriyet Daily News article said, noting that Turkey’s leader Recep Tayyip Erdoğan has criticized Western leaders frequently, but have not criticized the Chinese regime for fear of upsetting relations.

On Feb. 26, the Chinese Embassy in Turkey announced that it would close its Consulate General office in Izmir on Feb. 28.

Tang Jingyuan, a U.S.-based current affairs commentator, told the Chinese-language Epoch Times on March 12 that the arrests are a common tactic of the Chinese regime.

Tang added that the detention of Turkish businessmen was similar to the case of a Canadian businessman and diplomat being detained last December after Huawei CFO Meng Wanzhou was arrested in Canada on U.S. charges of violating Iran sanctions. The Chinese regime had threatened retaliation after Meng’s arrest.

Tang said that the “gangster-like” kidnapping tactic was similar to Beijing’s efforts to instigate boycotts against South Korea, Japan, and U.S. goods after diplomatic rows with those countries. “All these actions are of the same nature, which is using China’s domestic market to economically coerce them [to submit to Beijing],” Tang said.