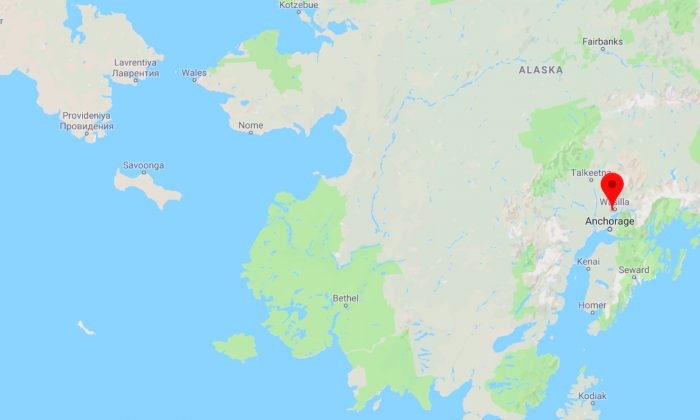 KNIK-FAIRVIEW, Alaska—Four small earthquakes hit different parts of Alaska over the weekend, according to an earthquake monitoring center.

At 6:04 p.m. Sunday, a magnitude 3.1 earthquake hit a spot 26 miles east of Knik-Fairview, a town of about 900 people in the Anchorage metropolitan area, the Alaska Earthquake Center said. The earthquake had a depth of 20 miles.

At 10:31 p.m. Saturday, a magnitude 5.1 earthquake hit the Andreanof Islands region of Alaska, which is about 11,200 miles west of Anchorage. This earthquake had a depth of about 8 miles.

At 7:39 p.m. Saturday, a magnitude 2.9 earthquake hit a spot 4 miles. southwest of Sterling, a town of about 5,600 people, the center said. The earthquake had a depth of about 22 miles. and was felt in Sterling.

There’s a whole lot of shakin’ going on in Southern California—10 times more than seismologists had thought. But most of those earthquakes are so tiny that no one feels them.

Using a more accurate way of finding teeny tiny earthquakes, scientists counted 1.8 million of the temblors in Southern California from 2008 to 2017, according to a report in journal Science. The current catalog of quakes for the area has just under 180,000 for that decade.

Earthquakes happen when two blocks of Earth suddenly slip past each other. California is a seismic hotspot in the Lower 48 for earthquakes because of its many faults, including the San Andreas.

The new report found, on average, a tiny quake happening about every three minutes. Most were below magnitude 1.

“It means the Earth is failing all the time,” said study lead author Zachary Ross, a seismologist at the California Institute of Technology in Pasadena, California.

By finding more of these micro quakes, Ross and colleagues hope to find patterns about shaking swarms and better information about faults to help understand and maybe even predict the rarer but more dangerous larger quakes.

“Right now we really don’t understand fundamental things about earthquakes,” Ross said. “Anything would be a great help.”

Paul Earle, operations chief at the U.S. Geological Survey’s National Earthquake Information Center who isn’t part of the study, said the research gives experts “a new set of glasses for looking inside the Earth.”

To find the smaller quakes, the researchers used an older method that is based on the premise that earthquakes from certain places have unique wave patterns. “Kind of like fingerprints,” said USGS seismologist Susan Hough. She wasn’t part of the study but called it “pretty cool.”

The researchers looked for those quake fingerprints that wouldn’t normally be seen unless you look just for them. The devices that look for shaking are so sensitive they can even detect traffic, construction, ocean waves and large earthquakes across the planet, Ross said.

While computing power limited this type of work in the past, use of a supercomputer and new algorithms allowed the Ross team to do the needed work to find the Southern California quakes.