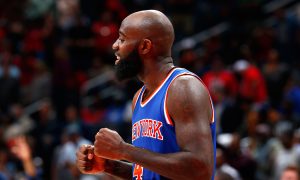 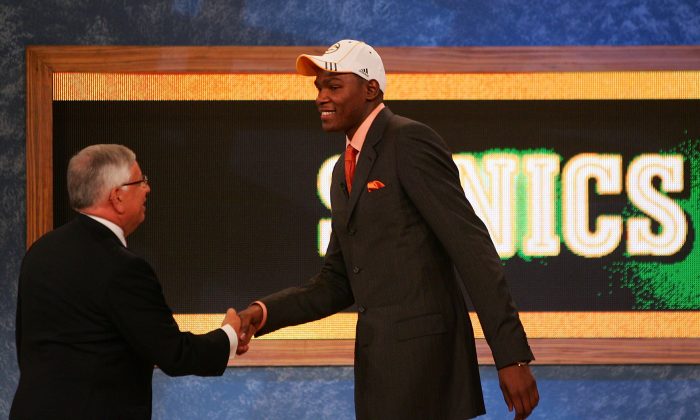 Former MVP Kevin Durant will become a free agent after the 2016 season, but unless he’s planning to pull a LeBron James and team up with two of his superstar friends somewhere—at a discounted salary nonetheless—NBA teams should plan on building their franchises the old-fashioned way—through the draft.

It’s still the best way to build a team. Just look at the Knicks.

In 2010, New York signed Amar’e Stoudemire to a five-year, $100 million deal. Six months later, they traded away a number of homegrown players (Danilo Gallinari, Timofey Mozgov, and Wilson Chandler among them) for Carmelo Anthony. But the two stars never meshed, and now five years later they’re back in the lottery and all they have to show for it is one playoff series win.

The best teams are usually the ones who’ve drafted well year after year. Here are the best four in the league right now.

Finally in June of 2007, he went all in, trading his only top-five pick ever along with West, Wally Szczerbiak, and a future second-round pick for All-Star Ray Allen.

A month later he parlayed Jefferson, Gomes, Green, and a pair of first-rounders for All-Star Kevin Garnett and suddenly a contender was born. The Celtics with the Big Three of Pierce-Garnett-Allen and rising point guard Rajon Rondo (21st in 2006) won the title the following summer and nearly won again in 2010 before an injury to Kendrick Perkins (27th in 2003) in Game 6 of the NBA Finals derailed their hopes.

After trading away Pierce, Garnett, and Rondo in recent years, Ainge and the Celtics are armed with a number of picks to rebuild with.

Why the Lakers Shouldn’t Mortgage Their Future for DeMarcus Cousins

Bob Myers of Golden State, who was promoted to GM in 2012, was named the NBA’s executive of the year this past season, as the Warriors won the NBA title. A look at the roster, though, reveals that some of the heavy lifting was done before his arrival—without even the benefit of a top-five pick.

In 2012, the Warriors pulled a fast one over everyone and nabbed defensive specialist Draymond Green with the 35th overall pick, while finding valuable contributors Festus Ezeli (30th overall) and Harrison Barnes (7th) in the same draft.

The Thunder might have had the best three-year stretch in the NBA Lottery as a team ever has from 2007 to 2009.

While some teams strike out with the top picks, GM Sam Presti—who’s been the team’s GM since 2007—hit a home run each time. In 2007, the Thunder took five-time All-NBA first-team forward Kevin Durant second overall. The next year, they nabbed four-time All-Star Russell Westbrook with the fourth pick. Then in the following draft, they drafted three-time All-Star James Harden third overall.

The foundation led them to the NBA Finals in 2012, but ultimately Harden was traded for financial reasons later in the year. Injuries to Durant and Westbrook have kept the team from making it back to the top.

The Spurs started their current dynasty back in 1997 when the team lucked into winning the NBA Lottery—known as the Tim Duncan sweepstakes that year.

They added to Duncan—despite drafting at the end of every round—by finding future All-Stars Tony Parker (28th in 2001) and Manu Ginobili (57th in 1999).