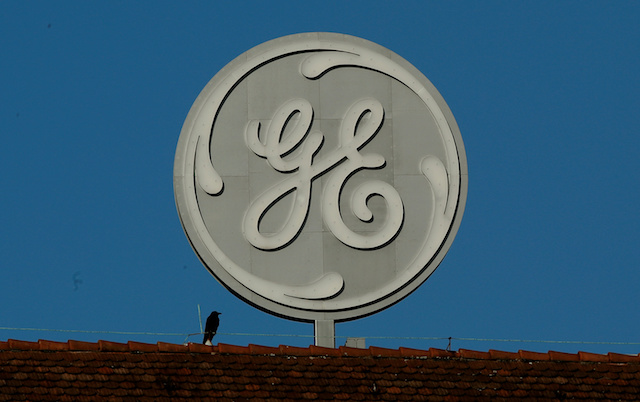 The logo of General Electric is seen at its plant in Baden, Switzerland Nov. 15, 2017. (ReutersArnd Wiegmann)
US News

General Electric Co. said on Sept. 20 that four of its new flagship power turbines in the United States have been shut down due to an “oxidation issue” and warned it expects the problem to affect more of the 51 units it has shipped, sending shares lower.

The giant machines form the beating heart of billion-dollar electricity plants around the world. Analysts consider GE’s success with the new turbines, known as the HA class, critical to rescuing its power division from a steep decline in sales and profits.

“This issue, if not quickly resolved, could hurt GE’s turbine brand image and market share,” Jim Corridore, an analyst at CFRA, said in a note, cutting his price target to $14 from $15.

The problem was first discovered on turbine blades in a natural gas-fueled turbine operated by Exelon Corp. in Texas a few weeks ago, GE told Reuters.

The problem forced Exelon to shut down one turbine. Exelon said it shut down its three other units as a precaution.

GE and Exelon said they expect the turbines to return to service soon. Neither company provided details about the oxidation or how it led to the shutdowns.

GE is working with other customers “to address any impacted unit,” GE spokesman Chris Shigas said, adding that 10 other HA turbines in the United States were still operating.

But, he added, “We expect the same issue will impact other HA units.”

GE has installed 27 HA units in seven countries since they were introduced two years ago but faces competition from rivals Mitsubishi Hitachi Power Systems and Siemens AG.

GE could be forced to pay millions of dollars in compensation to customers and make costly design changes if the problems persist, industry experts said.