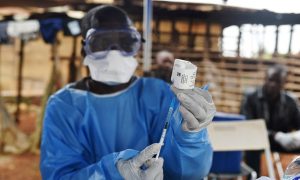 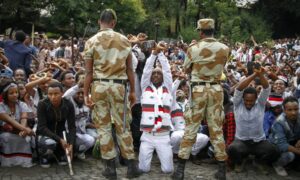 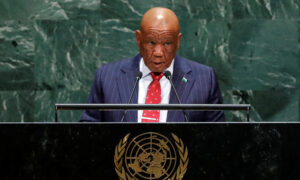 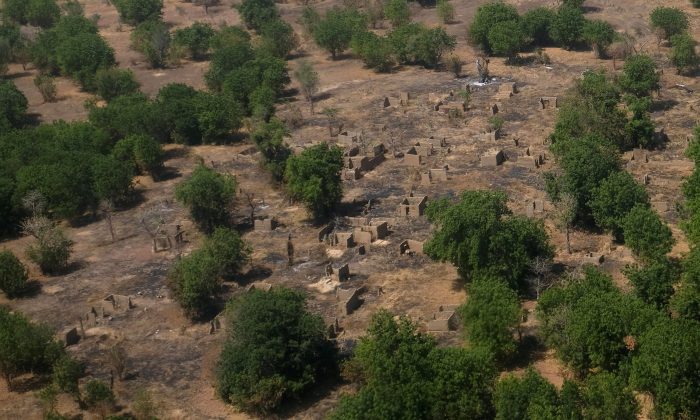 An aerial view of buildings standing on scorched ground that have been destroyed in the conflict with Boko Haram in the Bama region of Borno state, Nigeria Nov. 23, 2017. (Reuters/Paul Carsten)
Africa

BAUCHI, Nigeria–Four people were killed when a United Nations World Food Programme (WFP) aid convoy was ambushed in northeast Nigeria, a WFP spokeswoman said on Sunday, in the latest attack in the region as the conflict with Boko Haram nears its ninth year.

Attacks on aid workers are relatively rare in the conflict with the Islamist insurgency, compared with assaults on the military and civilians in Nigeria’s northeast.

Years of attacked and kidnappings by Boko Haram in northeastern Nigeria has claimed the lives of 20,000 people and displaced 2.6 million people since 2009, reported Nigerian newspaper Vanguard.

“WFP can confirm that a convoy escorted by the Nigerian military including WFP-hired trucks was the subject of an attack by armed groups 35 km southwest of Ngala in Borno State on Saturday,” she said in an emailed statement.

“Four people, including the driver of a WFP-hired truck and a driver’s assistant, were killed in the incident,” the statement said, adding that “WFP is working with the authorities to determine the whereabouts of the trucks.”

The spokeswoman declined to comment on whether the driver and assistant were WFP staff, or give details about the other two people killed.

Last year, the United Nations suspended aid deliveries in Nigeria’s northeastern state of Borno, the epicenter of the conflict, after a humanitarian convoy was attacked, leaving two aid workers injured.

Last week, the Nigerian government approved the release of $1 billion from the country’s excess oil account to the government to help fight the Boko Haram insurgency, despite a two-year narrative that Boko Haram has been all but defeated.

There are other signs the government and military may be abandoning that narrative.

“PDP’s Inept Handling of Boko Haram and their Corruption has put Us in this Mess”- Lai Mohammed https://t.co/iyWYUz4lwX via @heraldng pic.twitter.com/WIIVge3AW8

Earlier this month, Nigeria replaced the military commander of the campaign against Boko Haram after half a year in the post. Military sources told Reuters that came after a series of “embarrassing” attacks by the Islamists.