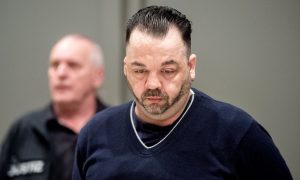 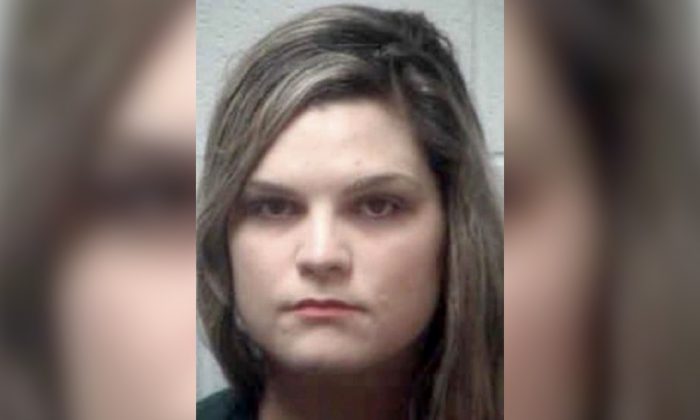 A couple have been found guilty by a Georgia jury in the murder of their 2-year-old foster daughter, Laila Daniel, in 2015.

The girl’s foster parents, who claimed Laila died of accidental injuries, appeared to sob as the jury read the verdict in a Henry County courtroom on Thursday, Aug. 1, reported The Atlanta Journal Constitution.

Jennifer Rosenbaum received a life sentence followed by 40 years in prison for the death of the 2-year-old, while her husband Joseph was sentenced to 30 years in prison and an additional 20 years on probation. They were facing 49 counts, with some charges including neglect, abuse, and first-degree murder.

Rosenbaum called police on Nov. 17, 2015 to say she had removed a chicken nugget from Laila’s throat and hoped she hadn’t broken her ribs while pushing her chest really hard to resuscitate her. She previously said the girl’s internal injuries were caused by her performing CPR and the Heimlich Maneuver incorrectly.

Dr. Kris Sperry, speaking for the defense, said last week Laila’s injuries could have been accidentally sustained during a “very panicked frenzied attempt to try to save Laila’s life after she appears to have choked on some chicken.”

“She [Jennifer Rosenbaum] was doing anything she could to try to dislodge this chicken and save the girl’s life and along the way inadvertently caused injuries to Laila’s body,” he added.

However, officials say the girl died from blunt force trauma to the abdomen, which split her pancreas and lacerated her liver. Extensive bruising on Laila’s body also showed she had been abused prior to her death, officials said.

An autopsy for the 2-year-old determined she had a number of internal injuries, including a separated pancreas, as well as broken bones, reported CrimeOnline.

Laila had bruising on her body with shapes indicating she had been struck by either a cord or a belt, as well as bruising on her genitals, armpits, inner thigh, head and armpits, according to Dr. Stephen Messner with Children’s Healthcare of Atlanta, who testified in court.

Her injuries showed she had been physically abused, deprived of adequate nutrition, and that she had suffered blood loss, according to the outlet. Laila also had healing stomach burns and was missing skin on half of an ear, he added.

At the time of her death, Laila had been living with the foster parents for four months with her sister Millie. Laila’s biological mother, Tessa Daniel, lost custody due to drug addiction.

“I’ve blamed myself over the last four years a lot for what happened to my baby because it was my actions that caused her to be in their home,” Daniel said in tears following the verdict last week, reported The Journal Constitution.

“Now I don’t have to blame myself anymore because I never hurt my baby. I loved her very much.”

According to The Journal Constitution, Laila’s older sister told the court that her foster mother struck her with a belt or her hands, and sometimes asked her to remove her clothes before doing so. Injuries on her body also indicated she had been physically abused.

Following Laila’s death, Millie was removed from the care of the Rosenbaums, and she is now living with new foster parents.

Life Sentence for Arizona Mother Who Starved Son to Death

An Arizona woman convicted of starving her 3-year-old son to death and stuffing his body in a toy chest was sentenced to life in prison on July 22.

Raquel Marcella Barreras, 44, of Tucson, received the sentence on July 22 without the possibility of parole.

The sentence came after a Pima County jury found her guilty of first-degree felony murder and one of child abuse in May this year.

She pleaded guilty to four other charges in the case, including abandoning or concealing a dead body plus three counts of child abuse.

The prosecution said during the trial that the boy was allegedly starved and isolated from others by his mother. She refused to let anyone talk to or play with the boy, or give him food, reported ABC 15.

Before Barreras was sentenced, the prosecution alleged that Barreras created a torture chamber.

Testifying in the trial in April, the boy’s sister said that he was put into the toy box for being “very very very bad,” reported News4 Tucson.

Another sister also recalled how their mother would tell her and her siblings that it was “none of their business” when she asked why they couldn’t play with their little brother.

Two of Roman’s siblings added they would often try to sneak him crackers as they noticed he looked extremely thin. They said they knew something wasn’t right, and that he was often kept locked in a laundry room outside their Tucson home.

Roman died from starvation and neglect, an autopsy report found. The toddler is believed to have died sometime between the spring of 2013 and January 2014, according to authorities.

The skeletal remains of the 44-year-old’s son, Roman Barreras, were found by her landlord in the abandoned toy chest. That happened after the family was evicted from a Tucson rental unit in the 700 block of West Idaho Street.