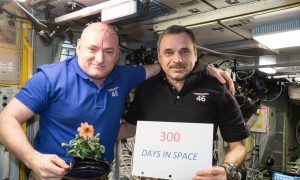 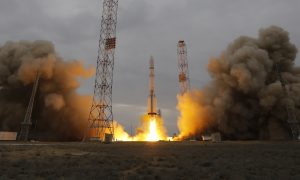 New research adds evidence that liquid water once existed on Mars. In fact, according to a news release issued by University College London, the recently published study strengthens the idea that “the now cold and dry Red Planet had a warm and wet climate about 4 billion years ago.”

The team arrived at this conclusion after discovering more than 10,000 miles of fossilized channels in a section known as Arabia Terra.

Because models indicate the area had been rainy in the distant past but little evidence had yet been found, scientists decided to closely examine high-resolution images taken by NASA’s Mars Reconnaissance Orbiter. What they found were inverted channels, which are typically “made of sand and gravel deposited by a river.”

As the release explains, “when the river becomes dry, the channels are left upstanding as the surrounding material erodes.”

Scientists estimate that the giant rivers on Arabia Terra likely flowed nearly 4 billion years ago before drying up and becoming preserved.