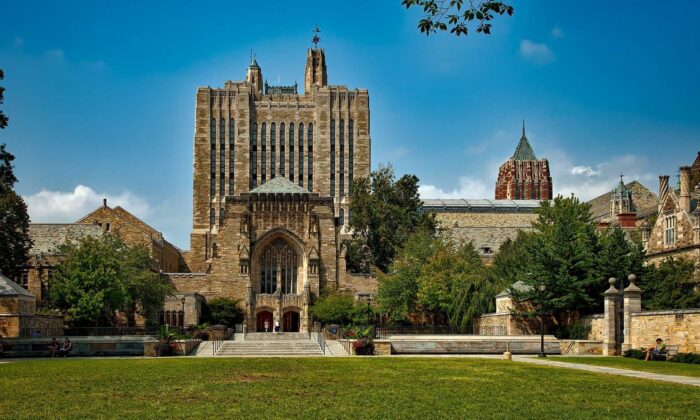 A former Yale School of Medicine employee has pleaded guilty to stealing $40 million from the University which she used to splash out on expensive cars, real estate, and holidays, the U.S. Department of Justice announced.

Jamie Petrone, 42, pleaded guilty on March 28 in federal court in Hartford, Connecticut, to one count of filing a false tax return and one count of wire fraud for her role in the money-making scheme which saw her steal a total of $40,504,200 from Yale.

Both counts carry a combined sentence of up to 23 years in prison.

According to court documents, Petrone began working for Yale’s Department of Emergency Medicine in 2008 and most recently served as Director of Finance and Administration for the department.

Due to the nature of her role, Petrone had the authority to make and authorize certain purchases for the department, as long as the amount did not exceed $10,000.

However, starting as far back as 2013, Petrone embarked on a plot that saw her order millions of dollars of computers and other electronics from Yale vendors using Yale School of Medicine’s funds or get other people working for her to do so, prosecutors said.

She would then arrange to have the shipment sent to an out-of-state business in exchange for money once the electronics were resold to customers.  The business would pay Petrone by wiring funds into an account of a company that she founded, Maziv Entertainment LLC.

Petrone falsified Yale internal forms and electronic communications to claim that the hardware was for Yale medical school’s needs, and would break up the fraudulent purchases into orders that were below the $10,000 threshold so that she wouldn’t require additional approval from school officials, according to prosecutors.

In total, Petrone caused a loss of approximately $40,504,200 to Yale which she used to fund her lavish lifestyle of expensive holidays among other luxury items.

Prosecutors said Petrone also did not pay any taxes on the money she received from selling the stolen equipment.

In the federal tax years from 2013 to 2016, she filed false returns claiming the stolen equipment were business expenses, prosecutors said. She also failed to file any federal tax returns for the 2017 through 2020 tax years. In total, this caused a loss of $6,416,618 to the U.S. Treasury.

Petrone was arrested by a criminal complaint on Sept. 3, 2021. According to local reports which cite court filings, Yale received an anonymous tip that Petrone was “ordering suspiciously high volumes of computer equipment, some of which was placed into her personal vehicle.”

The University then worked with the FBI and other law enforcement officials to investigate the matter further.

“Yale initially alerted authorities to evidence of suspected criminal behavior last year and fully cooperated throughout the investigation,” Yale spokesperson Karen Peart told the Hartford Courant. “The university thanks local law enforcement, the FBI, and the U.S. Attorney’s Office for their handling of the case. Since the incident, Yale has worked to identify and correct gaps in its internal financial controls.”

The Epoch Times has contacted a Yale spokesperson for comment.

Petrone was released on a $1 million bond pending sentencing.

She has also agreed to forfeit $560,421.14 that was seized from the Maziv Entertainment LLC bank account, along with a string of other luxury items which include Cadillac, Mercedes-Benz, and Land Rover/Range Rover vehicles, as well as three properties that she owns or co-owns in Connecticut. A property she owns in Georgia may also be seized.

Petrone is scheduled to be sentenced by U.S. District Judge Vanessa L. Bryant on June 29, 2022.