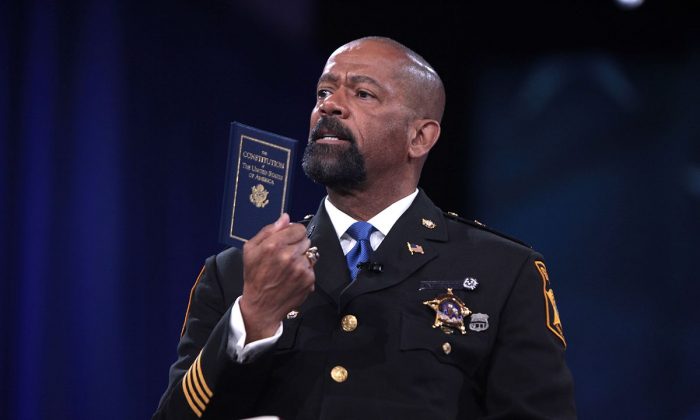 Former Wisconsin sheriff David Clarke, an African-American who criticized the Black Lives Matter movement and was previously under consideration for a position with the Trump administration, has joined a super political action committee that backs the president, officials said on Tuesday.

Clarke, 61, will serve as spokesman and senior advisor for America First Action, his office and the political action committee said in two separate statements.

“I will help make sure we elect the candidates who will do what they promise in support of President Trump’s agenda,” Clarke said in a statement from his office.

“Just as important, I will see to it that the will of the American people is not derailed by the left or the self-serving Washington establishment,” he added.

Clarke, who spoke at the Republican National Convention last summer and campaigned for then-presidential candidate Donald Trump, resigned his job on Thursday and said he would announce his plans this week.

The 38-year law enforcement veteran was appointed Milwaukee County sheriff in 2002 and re-elected several times. Although he ran as a Democrat, he moved steadily to the right.

“David Clarke is an American patriot, and we are very proud to welcome him,” America First Action President Brian Walsh said in the political action committee’s statement.

Clarke said in May he was taking a job as assistant secretary in the U.S. Department of Homeland Security, but the following month media reported he had withdrawn his acceptance of the job.