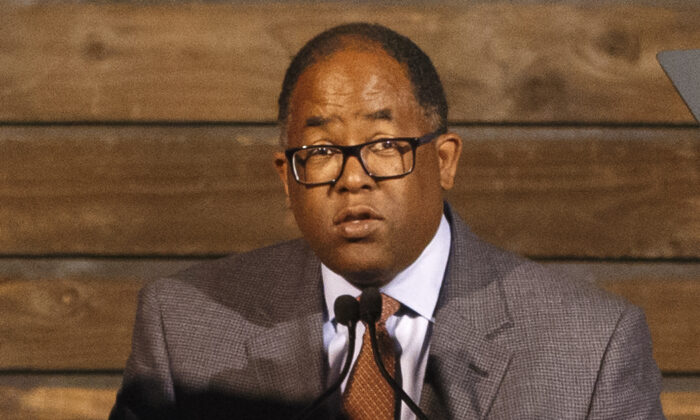 On Oct. 13, Ridley-Thomas and Flynn were indicted on 20 counts of bribery and fraud for allegedly conspiring to provide Ridley-Thomas’ son with benefits including admission, a full scholarship, and a paid professorship in exchange for Ridley-Thomas’s support of contracts that would generate millions in new revenue for the school.

Ridley-Thomas and Flynn also allegedly came up with a “mechanism to funnel Ridley-Thomas campaign funds through the university to a non-profit to be operated by the relative,” according to a statement by the U.S. Attorney.

When Ridley-Thomas approached Flynn about the deal, the School of Social Work was facing a multimillion-dollar budget deficit, putting the school, as well as Flynn’s position, in jeopardy, according to the U.S. Attorney’s statement.

A USC spokesperson said in a statement that the school disclosed the issue to the U.S. Attorney’s office in 2018 when it learned that $100,000 in campaign funds had been funneled from Ridley-Thomas’s campaign through the school and then passed on to his son’s nonprofit, and that they have been “fully cooperating” since then.

On Oct. 20, Ridley-Thomas pleaded not guilty to charges at his arraignment; the same day, he was suspended from his City Council position, and his salary and benefits were frozen.

The conspiracy count alleged in the indictment carries a penalty of up to five years in federal prison. Each bribery count carries a maximum possible sentence of 10 years. Each of the mail fraud and wire fraud charges carry a maximum of 20 years.

Flynn’s attorney, Vicki I. Podberesky, said her client “has not committed any crime, and we believe that the evidence in this case will ultimately support this conclusion.”

Flynn’s tentative trial date is set for Dec. 21, with a status conference on Nov. 8. Flynn is currently out of custody on a $50,000 unsecured bond.