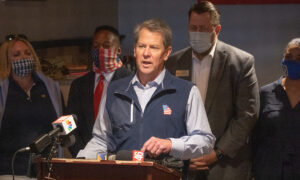 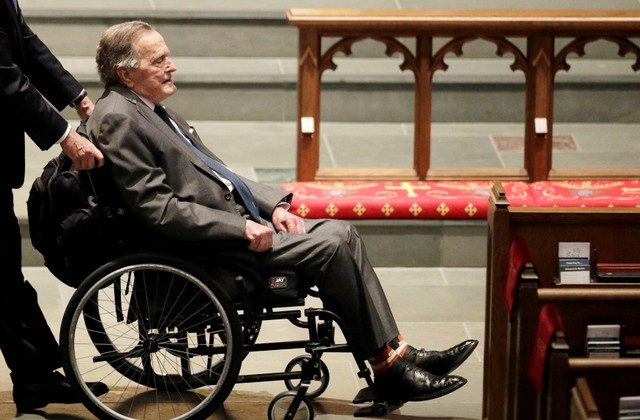 Former US President George H.W. Bush out of Intensive Care

Former U.S. President George H.W. Bush has been moved from an intensive care unit at Houston Methodist Hospital to a regular patient room as he recovers from an infection that spread to his blood, a spokesman said on Wednesday.

The 93-year-old former president “is alert and talking with hospital staff, family and friends, and his doctors are very pleased with his progress,” spokesman Jim McGrath said in a statement.

Bush, a Republican who served a single term from 1989 to 1993, is expected to continue his recovery in the hospital for several more days, McGrath said.

Bush was admitted to the Houston hospital on Sunday, a day after he attended the funeral of his wife, Barbara, a former first lady who died on April 17. The couple had been married for 73 years.

“President Bush naturally thanks everyone for their prayers and good wishes,” the statement said.

“He also wants to assure everyone that, as good as he feels now, he is more focused on the Houston Rockets closing out their playoff series against the Minnesota Timberwolves than anything that landed him in the hospital,” the statement said, referring to Houston’s National Basketball Association team.

McGrath has said that Bush, the oldest living U.S. president, is being treated for an infection that spread to his blood.

Bush was admitted to the same hospital about a year ago for a cough that was later diagnosed as a mild case of pneumonia, McGrath said at the time.

Bush is the father of former Republican President George W. Bush, who served two terms from 2001 through 2009, and former Florida Governor Jeb Bush, who unsuccessfully sought the 2016 Republican presidential nomination.

(Reporting by Ian Simpson in Washington; Editing by Steve Orlofsky and Peter Cooney)