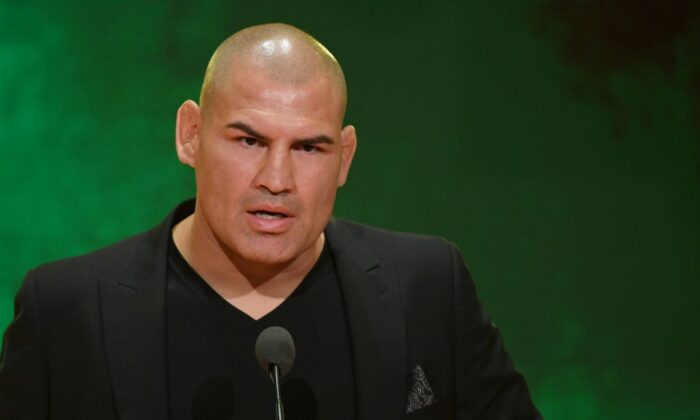 Former UFC heavyweight champion Cain Velasquez was arrested and charged with attempted murder in connection to a shooting in Northern California.

San Jose police announced Tuesday that Velasquez, 39, was arrested in connection to the incident, in which an adult was hospitalized with non-life-threatening injuries.

Few details were released about the shooting, including the identity of the alleged victim. A motive was also not released.

“The motive and circumstances surrounding this incident are still under investigation at this time,” the police department said on social media. Velasquez is being held without bail.

4/ Cain Velasquez was the suspect arrested yesterday in connection with this incident. He was booked into Santa Clara County main jail for attempted murder.

The motive and circumstances surrounding this incident are still under investigation at this time. pic.twitter.com/bBuuPQytNx

Officials said the shooting occurred at around 3:15 p.m. local time on Monday near the intersection of Monterey Highway and Bailey Avenue in Morgan Hill, California.

Velasquez defeated Brock Lesnar to win the title at UFC 121 in 2010, and later, he defeated Junior Dos Santos at UFC 155 in 2012 to regain the title. Velasquez hasn’t fought in the promotion since February 2019 when he suffered a loss to current UFC heavyweight champion Frances Ngannou

After retiring from MMA, Velasquez appeared in the WWE and other professional wrestling promotions.