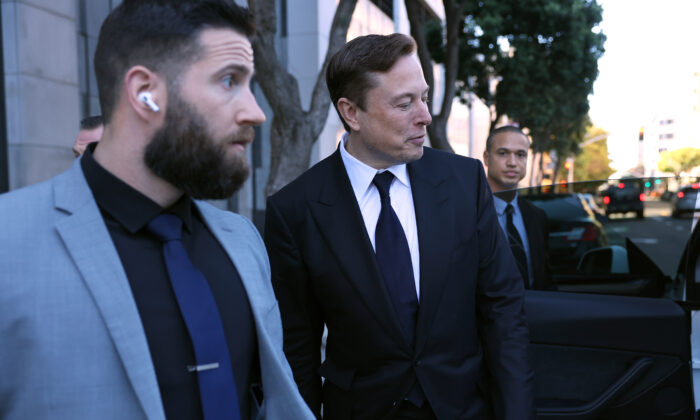 On the sixth day of the ongoing class-action lawsuit against Tesla founder Elon Musk, former CFO Deepak Ahuja took the stand. Ahuja was questioned as a witness to any dealings between the electric car company and the Saudi government’s Public Investment Fund (PIF).

While being questioned by defense prosecutors, Ahuja stated that the contents of Musk’s tweet were “consistent with everything I had known or heard until then.”

His comments are in reference to Musk’s Aug. 7, 2018, tweet, in which the Tesla founder claimed funding was secured for a potential buyout.

“Am considering taking Tesla private at $420. Funding secured,” the tweet read. The second sentence in the tweet has been the cornerstone of the lawsuit.

Ahuja is currently the CFO of Zipline, a company that is trying to automate package deliveries with flying drones.

During his testimony, the former Tesla executive recounted his two meetings with Yasir Al-Rumayyan, governor of the PIF; one in 2017 at a Tesla factory, and one in 2018 a week before Musk’s much-disputed tweet.

For the first meeting, Ahuja recalled the urgency with which he rushed to greet the Saudi investors when he heard of their arrival, casting aside his preparations for the company’s quarterly earnings statement, due the following day.

It was a very important deal, and the Saudi officials were serious in their intent to follow through, he said.

At the following meeting, a specific price tag was not mentioned nor was anything put in writing. However, certain aspects of the deal were solidified, with the PIF executives signaling that it was a done deal, Ahuja said.

“There was a percentage discussed, which was 50 percent,” he said during his testimony.

When defense attorneys asked Ahuja whether he felt Musk’s “funding secured” tweet was untruthful, the former CFO replied, “I did not.”

Pre-recorded testimony from Joseph Fath was then played for the jury. As a VP of the investment firm T. Rowe Price, which at one point owned more than a 10 percent stake in Tesla, Fath provided a look into how shareholders might have perceived Musk’s sporadic tweet.

T. Rowe has since whittled its Tesla position down significantly, selling over 80 percent in 2019.

The VP began by voicing that, when T. Rowe was a major shareholder, he faced continued discomfort with Musk’s tweeting habits. Fath specifically mentioned an episode in 2018 in which Musk called a British rescue cave diver “pedo guy.”

Vernon Unsworth was the diver who helped to rescue 12 young boys from a cave in Thailand. Musk donated a small team of engineers and a submarine to the effort but his gifts were never used.

Unsworth gave an interview with CNN, during which he called Musk’s attempt to help a “PR stunt” and told the CEO to “stick his submarine where it hurts.” Musk responded with a series of now-deleted tweets, including one that suggested the diver was a pedophile.

Not long after this inflammatory episode was Musk’s “funding secured” tweet, something Fath remembers very well. When asked if he recalled the day of Aug. 7, 2018, the VP said, “Ohh, I absolutely do.”

Fath described the experience as a “shock,” expressing frustration that a major shareholder was hearing about such important information via Twitter.

“It blew up my entire vacation. I’m lucky I didn’t get divorced,” he said in the deposition. “My phone was sitting on the nightstand. It was buzzing incessantly.”

According to Fath, “secured” ought to mean that you have everything “locked and loaded, and no question at all … 100 percent that you have funding ready to go.“ In his view, this was not the case with Musk and the PIF, which he suggested subsequent events have borne out.

However, the fund manager acknowledged Musk’s genuine desire to take the company public, admitting that they both had prior discussions on the matter. Musk did not like  “being under the microscope” while Tesla was attempting to roll out new products, Fath said.

Still, the VP accused Musk of bringing undue criticism upon himself with reckless tweets: “A lot of this was his own doing.”

The trial will not be in session on Thursday but is expected to conclude on Feb. 3.