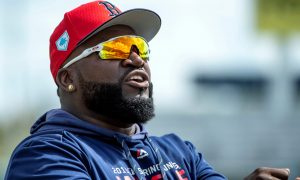 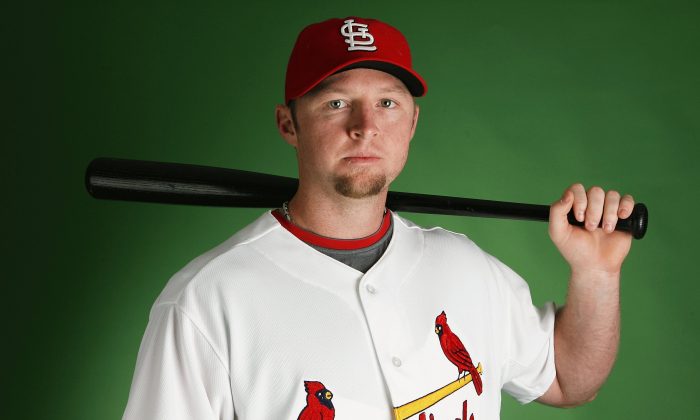 Former St. Louis Cardinals outfielder Chris Duncan, who helped the team win the World Series in 2006, passed away on Sept. 6 at the age of 38, the team confirmed.

“The Cardinals are deeply saddened by the passing of Chris Duncan and extend our heartfelt sympathy to his wife, Amy, the entire Duncan family, and his many friends,” said Cardinals chairman and CEO Bill DeWitt Jr. in a statement. “Chris was an integral part of our 2006 championship team and a great teammate and friend to many in the organization.”

Duncan passed away from a brain cancer called glioblastoma. According to the National Cancer Institute, glioblastoma is “a fast-growing type of central nervous system tumor that forms from glial (supportive) tissue of the brain and spinal cord and has cells that look very different from normal cells.”

Duncan played for five seasons with the Cardinals and spent additional time at the Minor League level for several teams.

After he retired from baseball, he entered into broadcasting, working for ESPN.

WXOS, or ESPN 101, where he worked, posted a statement after the news was made public.

“It’s with an extremely heavy heart that we announce that our former teammate Chris Duncan lost his battle today. He will always be a part of our family at the station and a big part of our community! RIP Dunc we love you!” the station wrote.

Former Cardinals teammate Albert Pujols, who currently plays for the Los Angeles Angels, was among those posting tributes to Duncan.

“My prayers go out to the family of Chris Duncan tonight. We had some great times as teammates in STL. He was a dear friend and a strong competitor on and off the field,” he wrote.

“If anyone could have beat this cancer, I always believed Dunc would. Rest in Peace, buddy; you will be missed.”

Former MLB player Jerry Hairston Jr. also issued a statement, writing: “Sad to hear of the passing of Chris Duncan. Fought for such a long time & doesn’t have to suffer anymore. My thoughts are w/ the entire Duncan family. This world is just not fair.”

ESPN radio host Randy Karraker added: “Chris Duncan was kind, caring, innocent, respectful. Just a sweet guy. I loved being with him every day. He made us laugh. He was honest, self-deprecating & vulnerable. I can’t imagine the anguish Amy, Dave, and Shelley are dealing with. Tell those you love that you love them.”

Chris Duncan was kind, caring, innocent, respectful. Just a sweet guy. I loved being with him every day. He made us laugh. He was honest, self depreciating & vulnerable. I can’t imagine the anguish Amy, Dave and Shelley are dealing with. Tell those you love that you love them.

Correction: A previous version of this article gave an incorrect date for the World Series win by the St. Louis Cardinals. The Epoch Times regrets the error.