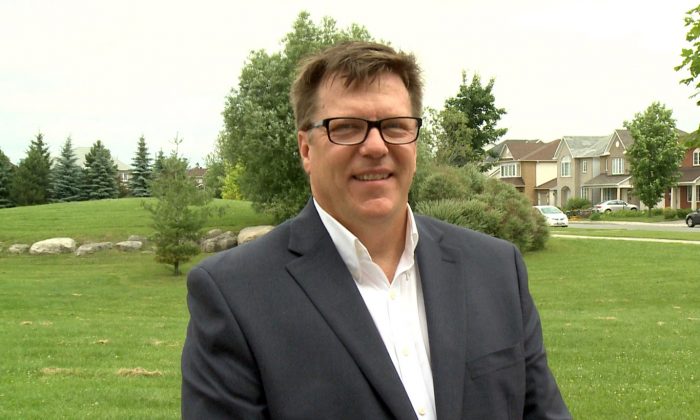 Former Spy: CSIS Warnings on Agents of Influence Should Be Taken Seriously

OTTAWA—Agents of influence—spy lingo for those advocating the interests of a foreign country either unknowingly or surreptitiously—are among the most challenging elements CSIS has to deal with, so when a warning is issued it should be taken seriously.

That’s the advice of former security officer Michel Juneau-Katsuya, once the Asia-Pacific bureau chief for the Canadian Security Intelligence Service. In an interview with the Epoch Times, Juneau-Katsuya said CSIS only makes such a warning when it has a preponderance of evidence and sees a necessity to act.

“CSIS will not come lightly and reveal something about an individual if it does not have tons and tons of evidence to demonstrate what we are talking about, because CSIS knows of the repercussions,” he said.

Those repercussions include the kind of denouncements the Globe and Mail has faced since reporting on CSIS’s warnings to the Province of Ontario about provincial immigration minister Michael Chan.

The sheer volume of agents of influence that have been deployed—it’s just absolutely phenomenal.
— Former CSIS officer Michel Juneau-Katsuya

Juneau-Katsuya’s comments come in light of the recent coverage by the Globe that CSIS warned the Ontario government in 2010 that Chan, then also a cabinet minister, may have been susceptible to Chinese influence and had “unusually close ties to Chinese officials.”

But Juneau-Katsuya said such warnings won’t create xenophobia, a charge levelled by some of Chan’s supporters. He also cautioned against the public being naive.

“It is important to listen to what CSIS has to say when they come to you,” he said.

Juneau-Katsuya believes that Canadians, and particularly elected officials, are not adequately informed on the issue of agents of influence nor alert enough to international spy activities.

“It is part naivety, part a lack of education,” he said.

Katsuya blamed “decades of ignorance”—including willful ignorance created by successive governments who didn’t want the intelligence services to inform politicians or the general public—for the current lack of awareness.

The former spy believes foreign countries, especially China, have significant intelligence activities ongoing in Canada. He said the number of Chinese agents of influence active in Canada is notable.

The Chinese regime’s efforts to silence its critics in Canada are prolific. They include routine threatening of Canadian officials who criticise the regime or meet with prominent individuals like the Dalai Lama.

It is also common practice for Chinese security agents to threaten the family members of Canadian citizens who live in China. The newly crowned Miss World Canada, Anastasia Lin, discovered that recently when her father in China was threatened in an effort to curb his daughter’s human rights advocacy.

Juneau-Katsuya said there’s a very well-organized network that includes the Chinese consulates and embassies, and extends into the diaspora, including Canadian citizens who have “sold their souls” to the regime.

He said the volume of espionage, including cyber attacks, is also of great concern, with news reports weekly of spies being uncovered or large-scale computer intrusions. Such was the case last week when it was revealed the U.S. Office of Personnel Management had been hacked by Chinese agents who obtained detailed information about millions of federal employees.

Juneau-Katsuya said it is concerning when government officials casually dismiss warnings from CSIS, and often it is self-interest behind the denial.

“After all, they let these people go up the chain, and go up into the sphere of influence, so acknowledging [the problem] would be right away confessing that they didn’t do their job,” he said.

This week, Michael Chan threatened to take legal action against the Globe unless it retracts and apologizes for articles which he said contained false allegations against him.

However, the Globe’s editor-in-chief David Walmsley says the paper stands by the stories and plans to publish further material on the matter.