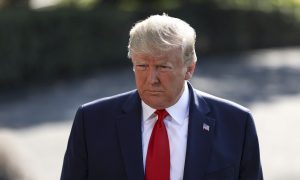 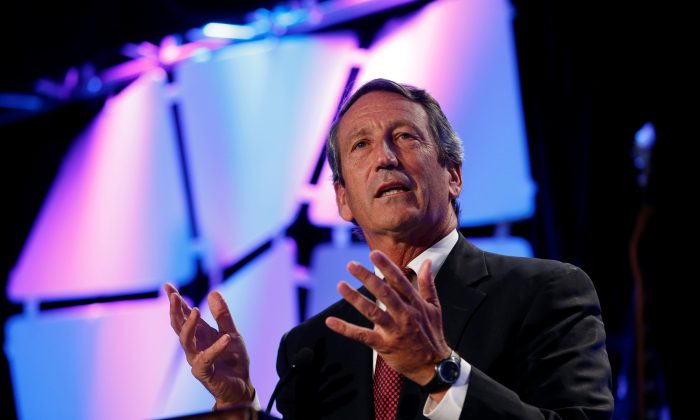 CHARLESTON, S.C.—Former South Carolina governor and congressman Mark Sanford will challenge President Donald Trump in the Republican Party primary, he announced on Sunday, Sept. 8, in an interview with Fox News.

“I’m here to tell you now that I am going to get in,” Sanford said on Fox News Sunday, adding that he will formally launch his bid for the party’s 2020 White House nomination in South Carolina later this week.

He becomes the third Republican to enter the race to challenge Trump, who remains popular within the Republican Party.

Sanford, 59, lost his seat in the House of Representatives last year after he was challenged by a Trump supporter in the Republican primary.

Also a former two-term governor of South Carolina from 2003 to 2011, Sanford will not be able to compete in his state’s own Republican primary after the South Carolina Republican Party executive committee voted on Saturday not to hold one to save more than $1.2 million and pave the way for Trump’s re-election.

He said government spending, budget deficits and the national debt will be the “epicenter” of his campaign, issues that had traditionally been central to the Republican Party.

He added that he hopes his run will force a discussion about trade protectionism, the future of conservative politics, culture, the balance of powers in the government, and the tone of political speech.

“This debate is much bigger than South Carolina,” he said. “It’s a national debate we hope to foster in the country at large.”

Sanford’s term as governor was marked with scandal when he went missing after telling staff that he had left the state to hike the Appalachian Trail. Instead, he had traveled to Argentina to meet with his mistress, which he admitted in a news conference hours after returning.

He served two stints in Congress. First, before being elected governor, he served in the U.S. House from 1995 to 2001. After leaving the governor’s office, he was elected to a second stint from 2013 to 2019.