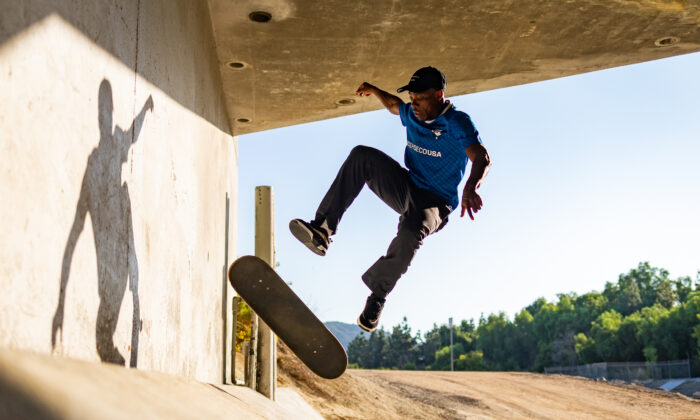 SAN JUAN CAPISTRANO, Calif.—After city officials settled a decades-long debate and voted to approve in April the construction of the community’s first skatepark, a former San Juan Capistrano mayor filed a lawsuit weeks after opposing the $3.3 million project, saying its potential impacts were not properly evaluated under California environmental law, known as CEQA.

Carolyn Nash, who served as mayor in 1995, filed the lawsuit April 26 in Orange County Superior Court under a newly certified non-profit titled “Preserve Our Farm SJC,” which, according to state documents, was certified by the State of California less than a week after city officials approved the project.

The non-profit is challenging the city’s plans to build the skatepark, after the City Council signed off on a planning department recommendation that the project did not require an environmental impact report.

City officials can determine, for instance, if a project should receive an environmental impact report—known as an EIR—or it can determine the project does not require one which is known as a Mitigated Negative Declaration.

In addition to asking for a full EIR to be conducted on the project, the lawsuit claims the development of the site is in violation of the terms of a voter-approved bond measure passed in 1990.

That bond issue, known as Measure D, was for $21 million—payable by resident property taxes over 20 years—to preserve open space through the purchase of land, including the 56-acre Kinoshita Farm, where the skatepark is proposed.

The lawsuit “further challenges [the] city’s illegal authorization of the development of Kinoshita Farm contrary to voter-imposed restrictions on such development and the funds used to acquire the site.”

The lawsuit further claims the project is in violation of the city’s General Plan and “the project changes Kinoshita Farm’s land-use designation without voter approval.”

Councilmember John Taylor told The Epoch Times the lawsuit is “sad” and he “hates to see taxpayer dollars being spent on [what he thinks] is a frivolous lawsuit.”

“CEQA is a great Pandora’s box to stop a project for almost anything,” Taylor said. “It’s always [a law] where people can attack a project.”

Last month, city officials approved the proposed 20,000 square-foot skatepark which would feature a pool and curbs and railings for skaters to grind and boardslide.

Current Mayor Derek Reeve said the city is committed to building the project.

“We approved it … we’re excited about it,” he said during a May 3 City Council meeting. “We’re going to keep discussing [the lawsuit] on our end and taking the most prudent route that ensures that we get a skatepark … Our collective observation [was] how valuable this would be to the kids of our community.”