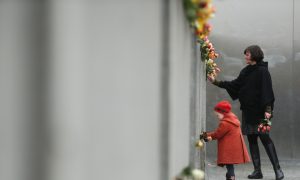 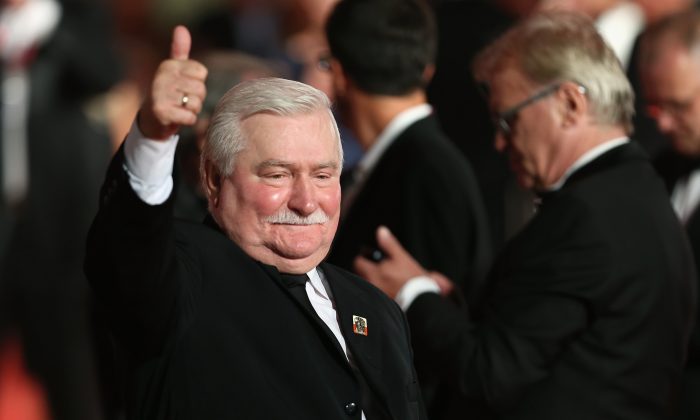 A movement is quietly changing China. By April more than 200 million Chinese people joined the Tuidang movement, where they are withdrawing from the Chinese Communist Party and its affiliates, the Youth League and the Young Pioneers.

Poland’s former President Lech Walesa, who led his country out of communism, gave his support for the Tuidang movement in a letter, for a June 11 roundtable event hosted by the Tuidang Center in Kyiv, Ukraine.

“Communism, as a system deprived of human values, is incompatible with the progress of civilization, and from the beginning was fated, sooner or later, to bankruptcy,” Walesa said.

“The fall of this anti-human system is not only the effect of historical justice, not only the result of the resistance of entire generations,” he said, “but as well, or rather first of all, the effect of trusting and entrusting a nation to God’s will.”

Poland’s journey to independence, he said, came not only through mobilizing its society, but also through spiritual leadership.

In Warsaw in 1988, the Polish Pope John Paul II, said “Let your spirit come down here and change the face of this land, of this land!”

“When those words were spoken no one believed in the fall of communism,” said Walesa. Yet, he said in the grander scheme of things, nothing can stop a people’s aspiration for freedom, democracy, and respect for human rights. Just a year after John Paul II gave his speech, communism in Poland began to fall.

And with this history in mind, Walesa said he believes the Tuidang movement in China will follow a similar path.

This movement, this history’s tsunami, as I deeply believe, nothing is able to stop anymore.
— Lech Walesa

“This movement, this history’s tsunami, as I deeply believe, nothing is able to stop anymore,” he said. “No one can stop a spirit of freedom and truth.”

“Just like once God put me as head of a movement, which overthrew communism in Poland and Europe,” he said, “the same today puts in front of me a task to support all those, whose fight is not yet finished.”

The Ukrainian government recently passed several laws for what it calls the “de-communization” of its country. The laws, which were signed into action by Ukrainian President Poroshenko on May 15.

“They passed four laws basically criminalizing communism. So as a follow-up to that legislation being passed, we made the effort to go over there and hold that roundtable,” said David Tompkins, director of public relations for The Tuidang Center, in a phone interview.

The Tuidang roundtable in Ukraine received support from several prominent voices. The event was called, Crimes of Communism and the De-Communization Process in Ukraine, China, and Around the World.

Oleksandr Mosiyuk, who was mayor of Kyiv when the Soviet Union collapsed, was among the attendees. He said, “Communism is the planet’s disease.”

Edward McMillan-Scott, a British politician and former vice president of the European Parliament, was planning to attend, according to Tompkins, but was advised by the U.K. government to not travel to Ukraine, since he’s on Russia’s blacklist.

European Politicians Remember the Fall of the Berlin Wall

“When you’re talking about a country like Ukraine where the communists had a genocidal policy to eliminate a quarter or a third of the population with famine, they understand what communism is,” he said.

Tompkins was among the panelists, who also included Dr. Sen Nieh, a professor at the Catholic University of America; Dr. Charles Lee, a former prisoner of conscience in China; and Dr. Anna Maliar, a Kyiv lawyer and an expert in political crimes.