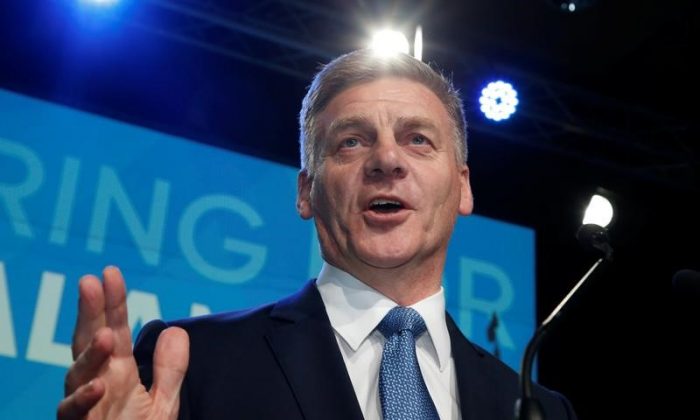 SYDNEY—Former New Zealand Prime Minister Bill English said he will resign from parliament at the end of February, months after the National Party lost office despite winning more seats than any other party in last year’s election.

English was finance minister from 2008 in John Key’s National government, and became prime minister after Key stepped down from office in late 2016.

On Tuesday, Prime Minister Ardern paid tribute to her predecessor’s political career, which began in 1990. English was also leader of the Nationals in 2002 when the party recorded its worst ever election defeat.

“Bill has made a huge contribution through his time in office and to politics generally,” Ardern said on Twitter. “I admire those who serve NZ in this place, and Bill did for a long time, and he did it well.”

Australian Prime Minister also sent a message of congratulations to English on Tuesday.

Congratulations Bill English on a great career in public life. NZ’s strong economy is due in large measure to your hard work as Finance Minister & PM over many years. All good wishes to you, Mary and your family.

English made world headlines last year when he posted pictures on Facebook of a dinner he made for his family – pizza topped with tinned spaghetti and pineapple. His unorthodox tastes led U.S. talk show host Jimmy Kimmel to urge New Zealanders to “impeach that man immediately!”

English said his resignation would take effect on Feb. 27. While he would not comment on potential successors to lead the National Party, he said his departure now would give the party time to find a new leader to take them to the 2020 national election.