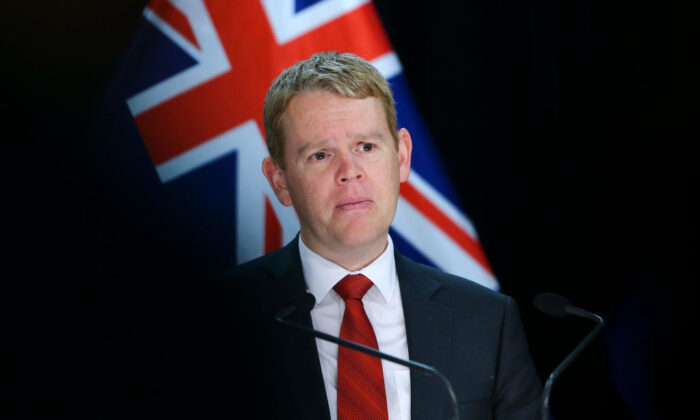 New Zealand’s former COVID-19 Response Minister Chris Hipkins expressed regret over the length of lockdowns in Auckland that started in August 2021 and lasted for over three months.

Speaking to TVNZ Q + A, Hipkins said if the government had known the information that it knows now, one of the things that it would have done differently is scaling down restrictions faster.

“There were probably some areas we could have moved more quickly to step down some restrictions. That lockdown in Auckland at the end of 2021, I think nerves were pretty frayed by the end of that, and we should acknowledge that.

“Aucklanders paid a big price for our ongoing suppression of Delta while we got our vaccination rates up and so on,” he said.

People in Auckland spent the longest time under hard lockdowns in the country as the government pursued a zero COVID policy.

While there are still new COVID-19 cases every day, Hipkins said the country’s COVID response was now primarily involved in the health system rather than isolation and border control departments.

He also acknowledged that there was some political element to COVID policies, as they required the public to be “on board”; otherwise, the effectiveness of such policies would diminish.

“By the end, there’s no question that we had started to run out of public support for maintaining border restrictions. And so we do have to respond to that,” he said.

Now that New Zealand has moved passed its elimination strategy to living with COVID-19, the effects of policy on economic and mental health outcomes also needed to be weighed in, Hipkins said.

Mandates Will Not Be Justified Forever

However, overall, Hipkins said he was proud of the mortality rate that New Zealand saw compared to other countries.

“It’s hard not to be proud of that. You know, we’ve had the lowest mortality rate in the OECD I think,” he said. “Japan and New Zealand right at the bottom of the table there.”

“We’ve ended the first part of the pandemic in far better shape than just about every other country in the OECD. On that metric alone, we can be really proud of what we’ve achieved as a country.”

As New Zealand’s COVID response moves away from involving multiple agencies towards just health, Hipkins said remaining policies, such as mandatory vaccinations for health workers will also be kept under constant review and subject to change.

“Will they be justified forever? No, they won’t be. So that is something we, as a government, will keep under regular review,” he said.