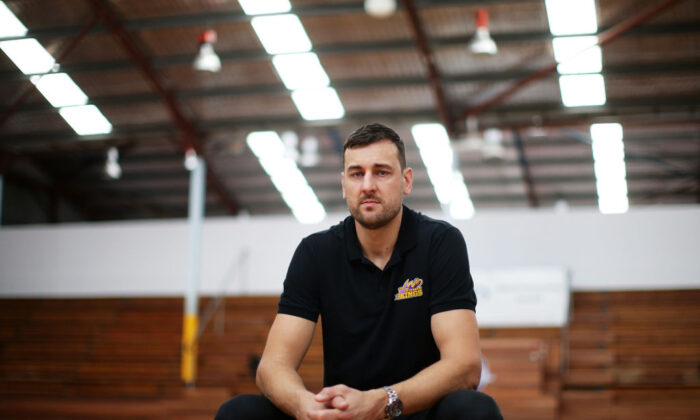 Victoria’s election watchdog has issued a warning to Australian NBA legend Andrew Bogut after he posted a video on social media calling for the public to vote out the state government as well as independent members of the upper house.

Bogut, who played in the National Basketball Association from 2005 to 2019 for teams such as the Golden State Warriors, Milwaukee Bucks, and Los Angeles Lakers, has been an outspoken critic of the Victorian state government and its handling of the pandemic.

The video was posted amid debate over the contentious Pandemic Management Bill and concluded with the words “vote them out,” directing people to a website by the same name.

The votes of Patten, Ratnam, and Meddick were crucial for the Andrews government to pass the Pandemic Management Bill, which set up a permanent structure for the government to deal with future pandemics, but also included sweeping powers and penalties.

Bogut revealed on social media on Jan. 18 that he received a letter from the Victorian Electoral Commission (VEC) in December saying his post was “intended or likely to affect voting in an election.”

“The VEC has assessed the post and determined that it likely constitutes an electoral advertisement, handbill, pamphlet or notice, as defined by Section 3 of the Electoral Act, as it contains electoral matter,” the letter read.

The body said the post needed to include the “name and address of the person who authorised the electoral advertisement” and called for immediate corrective action.

The VEC stated that if no changes were made, Bogut could be liable for a $1,817 fine (as an individual) or formal prosecution.

Bogut told The Epoch Times on Jan. 20 that he was part of a group of 30 to 40 individuals who all shared the same video and that he was the only one to receive the letter.

“It could be because of my following … there’s over a million people when you combine all the accounts together, the podcast, Twitter, Facebook, Instagram, and Gettr,” he said.

The former NBA player has received legal advice telling him there was nothing “legally binding” in the VEC’s actions and that he was not breaking the law. But he was warned that he was “on the list” and down the line the issue could be a “thorn in his side.”

“It is concerning to an extent that I’m just a citizen and individual. The comedy with all of this is at no time have I promoted a political party. At no time have I promoted a politician,” Bogut said. “Last time I checked I’m not a registered politician or registered official. So, for them to send this to me, that basically means they can send this to a mum and pop for a Facebook post and that is concerning.”

“However, if a person publishes an opinion and it is intended or likely to affect how a person votes in an election, it must be properly authorised,” he said in a statement on Jan. 20. “That’s the law and it applies to all of us, whether they be a media personality, a member of the public, political party or candidate in an election,”

“Mr. Bogut has not been targeted or treated any differently to anyone else. If we receive a complaint, we respond. It’s quite simple really, all he needs to do is to add his name and an address, which can be a business address. End of story,” Gately said.

VEC noted that all webpages and election-related campaign postings on social media needed an authorisation statement or should link to one.

In response, Bogut said the website: “www.votethemout.com.au” contained a statement. The URL is currently no longer operational, however.

Former vice-chancellor of the Australian Catholic University, Greg Craven, said questions should be asked over why Bogut was singled out considering the amount of politics-related content online.

“The question would be whether or not requiring authorisation was reasonable or not,” he told The Australian newspaper.

“If half the internet is political, why are you picking on me?” he said. “There are literally millions of videos posted on social media and indeed many of those videos have high political content.”

Meanwhile, Bogut said the episode would not stop him from criticising the current Victorian government.

“Every other month another lie gets exposed. You go from cedar meats (virus cluster in 2020), to the security company they hired—jobs for the boys—where they were heavily underqualified and let the pandemic get to where it was in 2020; then you have slug gate; and then the 4,000 ICU beds we still don’t have,” he said. “I’m going to call it out, and if I get slapped down, I’ll voice it again.”