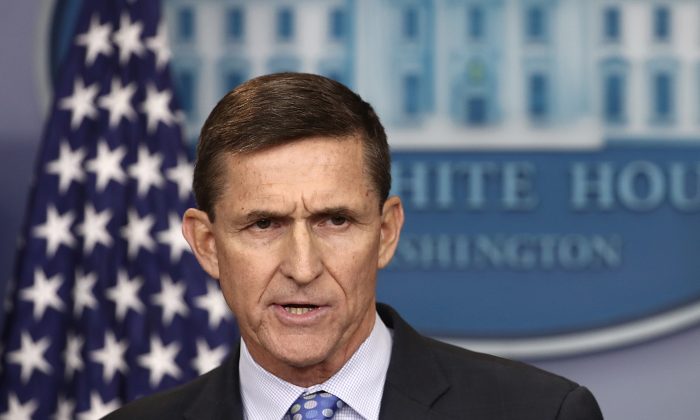 In a Friday morning court appearance, Former National Security Adviser Michael Flynn has pleaded guilty to lying to the FBI about his contacts with Russia’s ambassador to the United States.

After initially refusing to cooperate with Robert Mueller’s investigation, Flynn reached a plea deal with the special counsel, according to ABC News.

Mueller is currently investigating allegations that Russia interfered with the 2016 elections.

“Today, Michael Flynn, a former National Security Advisor at the White House for 25 days during the Trump Administration, and a former Obama administration official, entered a guilty plea to a single count of making a false statement to the FBI,” said White House lawyer Ty Cobb.

“The false statements involved mirror the false statements to White House officials which resulted in his resignation in February of this year. Nothing about the guilty plea or the charge implicates anyone other than Mr. Flynn. The conclusion of this phase of the Special Counsel’s work demonstrates again that the Special Counsel is moving with all deliberate speed and clears the way for a prompt and reasonable conclusion,” Cobb said.

Flynn was forced to resign on Feb. 13 after President Donald Trump said he had lied to Vice President Mike Pence about his contact with Russian ambassador Sergey Kislyak.

“The President was very concerned that General Flynn had misled the Vice President and others,” then-White House Press Secretary Sean Spicer said at the time.

Flynn apparently discussed U.S. sanctions with Kislyak before Trump took office. It is illegal for private citizens to conduct U.S. diplomacy, and Flynn is said to have misled other Trump administration officials about his phone call.

“Unfortunately, because of the fast pace of events, I inadvertently briefed the Vice President Elect and others with incomplete information regarding my phone calls with the Russian Ambassador. I have sincerely apologized to the President and the Vice President, and they have accepted my apology,” Flynn said in a resignation letter.

Flynn was an early supporter of then-candidate Donald Trump. Flynn had retired in 2014 after serving as the director of the Defense Intelligence Agency under then president Barack Obama.

A registered Democrat, Flynn has been fiercely critical of the Obama administration and Democratic presidential candidate Hillary Clinton.

In an interview with Fox News on July 11, 2016, Flynn described himself as a “pro-life Democrat.”