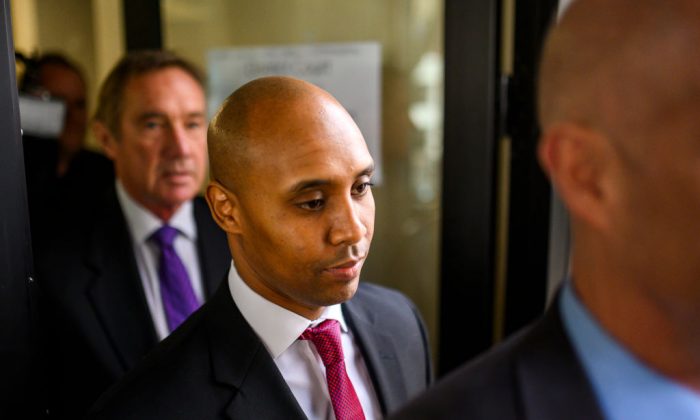 The resentencing followed Noor’s original sentence for manslaughter and third-degree murder that was later overturned, removing the murder charge from the offense.

The new 57-month charge was reportedly at the top of the recommended time frame for the manslaughter charge, although the crime could be punishable with up to 10 years in prison. Noor had hoped for a shorter resentencing that would have allowed an immediate release after already serving time in prison.

The victim’s fiancé, Don Damond, appeared via video conference, saying, “Does not diminish the truth which was uncovered during the trial. The truth is that Justine should be alive.”

He said Damond “lived a life of love, she modeled a life of joy for all and she stood for forgiveness.”

Damond offered his forgiveness in a moving display during the difficult event.

“Given her example, I want you to know that I forgive you Mohamed,” he said. “All I ask is that you use this experience to do good for other people. Be the example of how to transform beyond adversity. Be an example of honesty and contrition. This is what Justine would want.”

With good behavior, the sentencing guidelines could make Noor eligible for parole after serving two-thirds of his sentence. The earliest he could leave prison under the new sentence with parole would be mid-2022.

Noor was arrested following the 2017 shooting death of Damond. He and police partner Matthew Harrity responded to a 911 call from Damond regarding a potential sexual assault when she heard a woman screaming in her neighborhood.

Noor said he heard his partner shout, “Oh, Jesus!” Noor reportedly pulled his gun, pushed his partner aside and fired a single shot at Damond.

He later argued his motivation was to stop what he believed was a threat on his partner’s life. Noor lost his court battle, but the third-degree murder charge required proof of firing “without regard for human life,” something the state’s Supreme Court ruled could not be proved.

The city of Minnesota reportedly settled with the family with a payment of $20 million.