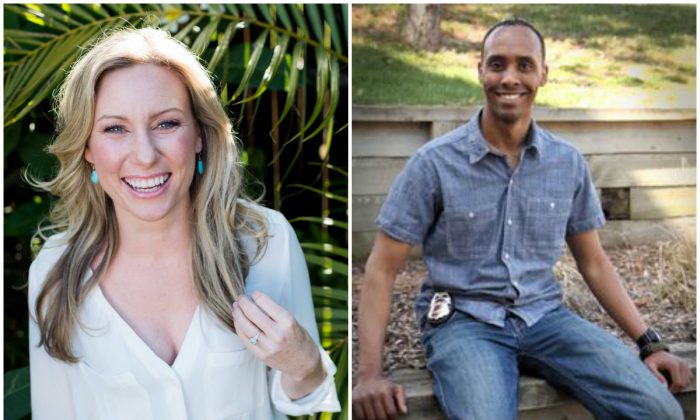 Prosecutor: ‘No Basis’ for Minneapolis Cop to Shoot Woman

MINNEAPOLIS—A prosecutor attacked a former Minneapolis police officer for his decision to shoot an unarmed woman who approached his squad car, suggesting Friday that he had “no basis” to fire when he couldn’t see a weapon or the woman’s hands.

Prosecutor Amy Sweasy pressed Mohamed Noor to explain why he didn’t choose another option before he shot Justine Ruszczyk Damond in July 2017, just minutes after she called 911 to report a possible sexual assault in the alley behind her house.

“I had to make a split-second decision.” Noor testified, and said he felt he had no other choice but to shoot in the moments after a “loud bang” on his squad car made him fear a possible ambush.

Noor’s testimony came near the end of the fourth week in his trial on murder and manslaughter charges in the death of Damond, a 40-year-old dual citizen of the U.S. and Australia.

Noor, 33, was fired after being charged. His attorneys have argued that he was justified in using deadly force to protect himself and partner Matthew Harrity from a perceived threat. Prosecutors have argued there was no reasonable threat, and questioned whether the supposed bang on the squad car was invented.

“It’s also true if you don’t do your job correctly, someone else could get killed,” Sweasy said.

Noor’s attorney, Thomas Plunkett, asked Noor what would have happened if the person approaching the squad car had had a weapon.

“My partner would have been killed,” Noor answered.

Noor’s testimony Friday lasted barely an hour. It came a day after he took the stand in his own defense and for the first time publicly talked about the night of Damond’s death; Noor had refused to talk to investigators since the shooting.

He described his training in various police skills including “counter-ambush” training that included scenarios such as two officers in a squad car, doing routine tasks, and an instructor yelling “Threat!” The officers had to make a quick decision about whether to shoot, Noor said.

Emanuel Kapelsohn, a use-of-force expert, testified for the defense Friday that he felt Noor used reasonable force given the totality of the circumstances.

“He had to react immediately,” Kapelsohn said.

Two other use-of-force experts testified for the prosecution earlier that they felt Noor did not act reasonably.

The death of Damond, a life coach who was engaged to be married a month after the shooting, sparked outrage in both the U.S. and Australia, cost Minneapolis’ police chief her job and contributed to the electoral defeat of the city’s mayor a few months later.

Neither officer had a body camera running when Damond was shot, something Harrity blamed on what he called a vague policy that didn’t require it. The department toughened the policy after Damond’s death to require that the cameras be turned on when responding to a call.

Damond was white. Noor is a Somali American whose hiring two years before the shooting was celebrated by Minneapolis leaders as a sign of a diversifying police force in a city with a large population of Somali immigrants.