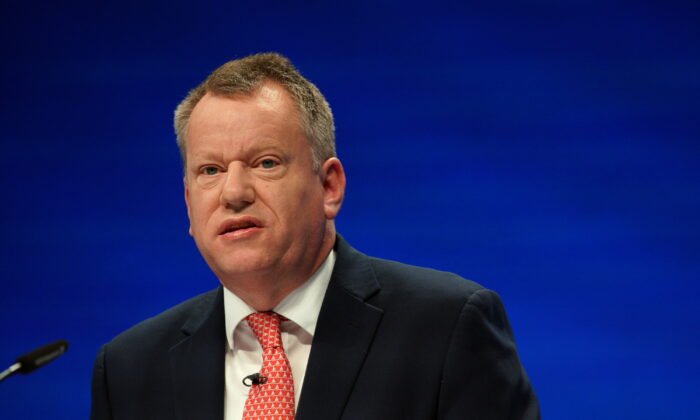 A new briefing paper by the Institute of Economic Affairs (IEA) warns that the Online Safety Bill will have a significant impact on free speech, privacy, and innovation, and has been backed by former Brexit Minister Lord Frost, former Secretary of State for Exiting the European Union David Davis MP, and former Defence Secretary Liam Fox.

The upcoming bill on regulating online spaces, which would be the first major set of regulations for the Internet anywhere in the world, was introduced by the Conservatives in Parliament on March 17.

The bill is intended to “protect children from harmful content such as pornography and limit people’s exposure to illegal content, while protecting freedom of speech,” according to a press release announcing the bill.

It would force Google, Twitter, Meta (formerly Facebook), and others, to abide by a code of conduct overseen by Ofcom, and remove “legal, but harmful” content.

Matthew Lesh, IEA’s head of public policy, and Victoria Hewson, IEA’s head of regulatory affairs, wrote in their report (pdf) that the bill’s “scope, complexity, and reach are breath-taking” and that it “threatens free speech and privacy while imposing immense regulatory burdens on platforms that will stifle innovation.”

They said that the secretary of state and the UK’s regulator of communications services Ofcom will have unprecedented powers to define and limit speech, with “limited parliamentary or judicial oversight.”

Among the wide-ranging criticisms, the report also said that the introduction of age assurance requirements will force search engines and social media to withhold potentially harmful information by default. It compared this to when the European Union introduced GDPR rules, and subsequently over 1,000 U.S. news websites blocked access for British users.

The report added that this would make it difficult for adults to access information without logging into services, and could entirely forbid children from content even if it is educationally valuable.

Hewson said in a press release that “there has been a lot of attention on the Bill’s coverage of ‘legal but harmful’ speech, but the duties of care that target illegal content are just as worrying, considering that context and intent are key to such offences, and especially in light of the new speech crimes that the Bill creates.”

The bill has mainly come under fire from ministers from within the Conservative Party itself.

“The best thing the Government could do would be to slim down the Bill so they can proceed rapidly with the genuinely uncontroversial aspects, and consign the rest where it belongs—the waste paper basket,” said Tory peer Frost in the press release.

“There is so much wrong with this Bill that it is hard to know where to start, but the report rightly highlights the fact that it will mean some speech that is legal offline will effectively be impossible online. That makes no sense and will be highly damaging to public debate, especially given the weakness of the free speech protections in the Bill,” he added.

“Overall the Bill also panders to the view of the perennially offended, those who think the Government should protect them from ever encountering anything they disagree with. A Conservative Government should not be putting this view into law,” he said.

David Davis MP also had stark warnings about the bill.

“While the Government no doubt has good intentions, in its current form, the Bill could end up being one of the most significant accidental infringements on free speech in modern times,” Davis said in the press release.

Liam Fox MP added that “free speech is a basic human right, essential for the functioning of democracy and necessary to allow differing views to be contrasted and evaluated in a pluralistic society.”

“Any restrictions should be exceptional and determined by rigorous tests of necessity and a sense of proportion, otherwise, perfectly well intended actions can have highly damaging unintended consequences. Any legislation must be tested against these principles,” he added.

A Department for Digital, Culture, Media, and Sport spokesperson told The Epoch Times in an emailed statement: “The bill will not stifle online rights and freedoms. While in-scope companies will need to tackle criminal activity and protect children, nothing in the bill requires them to remove or moderate legal content accessed by adults.

“The bill includes tough and targeted safeguards for free speech, political debate, and journalism. We will ensure that users can appeal the wrongful removal of content.”