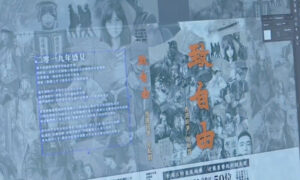 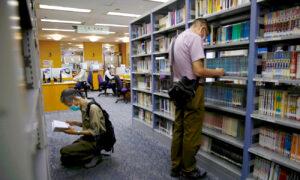 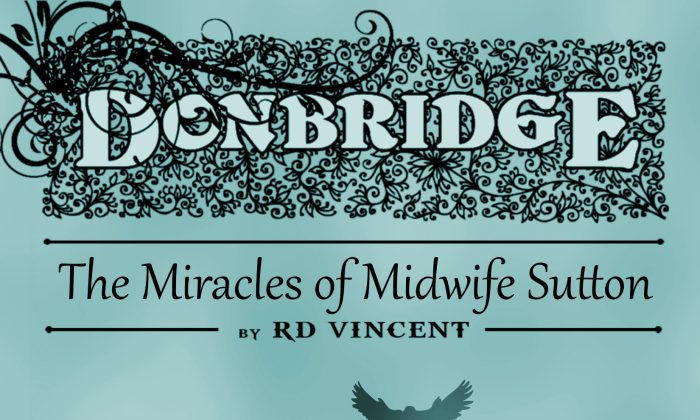 "The Miracles of Midwife Suffern" by RD Vincent. (courtesy of the author)
HK Art & Culture

MIDDLETOWN—Move over, J.K. Rowling, a new fantasy series is on the way. Raymond Depew has completed four novellas using the pen name RD Vincent in a series about the fictional village of Donbridge. Five more are planned.

Depew, a former three-term alderman of Middletown, arrived in Middletown on June 3 to visit family and friends and to have a book signing for the publication of his latest book in the Donbridge series.

Depew has deep roots in the community. His family came from Canada about 100 years ago and settled in the Hudson Valley, where his stories take place. His parents lived for a time in Goshen, the place where he was born.

Depew says his grandmother Evelyn Depew, who is approaching 90, inspired the stories in the series. She shared with him and his younger brother and sister stories that had been passed down to her for five generations.

His grandmother grew up in Mountain Dale and Summitville and eventually settled in Middletown. She had a hard life, but there were always the stories.

The Depew children would stay with Grandma during snow days. “We didn’t have Nintendo. There were no iPhones or iPads, no tablets,” Depew said. “All there was was good, old-fashioned storytelling and cooking. She would tell us these stories.”

Depew says the stories are based on events where his grandma lived—Phillipsport, Summitville, and Mountain Dale.

“We’ve always had a close, Sleepy Hollow-like tie to the Washington Irving era,” Depew said. The real events held a magical quality about them, though.

There is the tale of the girl who was buried but had not yet died. Grave robbers dug her up, intending to cut off her finger for a ring she wore. She awoke just in time and eventually lived a long life.

Depew said he visited the cemetery where the awakening took place. He walked the wood where she sought help. He knows the area well.

I’ve taken her little stories and then built upon them to preserve them.
— Raymond Depew, Author, Donbridge series

Then there was the story of the hermit who lived deep in the woods and he was counterfeiting money. “He lived by three oak trees hidden behind a rock,” Depew said. There was a story of lost treasure and lost coins that were buried in raspberry patches eons ago.

“I’ve taken her little stories and then built upon them to preserve them,” he said, referring to his grandmother.

Depew learned his craft at SUNY-Potsdam. Although he earned a B.A. in Business, an English professor brought out his writing skills. He approached the school paper, The Racket, with an idea to write stories around recipes.

Students on campus loved them, and the response gave him confidence to continue 15 years later. “I always am a student of learning. For me, I’m improving with each book,” he said.

“When you are doing it as an independent published person, people don’t realize how much work it is,” he said. He works with an editor and graphic designer.

When he completes each 120-page novella, he submits it to his editor, an English professor at the University of Houston. He landed this editor on a second try.

They both attended a meeting in Texas where his first book was on display. She read it. “I can help you make this a lot better because I see some errors that your first editor missed,” the professor said.

He wondered if she could work with him. “I hope you can get along with a Northerner,” he said.

“She loved the series,” he said. “She gets my voice. That’s the biggest thing.”

Depew uses a frame structure, with stories embedded in a unifying narrative. Some characters return in later stories. He thinks about the story line for a few months before he even begins to write. “I map it all out in my head, then I sit at the computer and start typing,” Depew said.

Depew complements the historical figures with his own fictional characters. One to appear in book five is the Knighton King, a Viking who is cursed by the witch character of an earlier book.

A unique feature of the series hearkens to the time he wrote stories about cooking for the college paper, The Racket. Each book has recipes that could have been used at that time at the end of the story.

“Grandma told the stories to us while in the kitchen. I tied the recipes in because we were always in the kitchen and cooking,” he said. Depew said his mother helped with the ingredients.

He said his biggest challenge is getting exposure for his books. He started with a promotion on Facebook. He set up a website, donbridgeseries.com, and began making his email, rayd792002@yahoo.com, widely available. Then he started attending writing events and festivals.

Depew now lives in Texas and travels all over to promote his books. He recently attended the Sam Houston Day folk festival where he said 100 people lined up to buy his books. At one book event, he met Kathy Murphy, queen of the Pulpwood Queens International Book Club. She made his series the book club’s next monthly selection. With 600 chapters, the Pulpwood Queens is the largest book club in the world.

Just a month after his first book went on Amazon, readers placed it at #46 for young adult readers. His books can be ordered through Barnes and Noble.

“Every once in a while a little kid comes up and they open up their tiny little purse to buy a book,” Depew said. When he sees that, Depew will give it to the child for free. “I like to encourage reading by little kids.”

At the folk festival a mother told him she had been trying for years to get her daughter to read. Depew showed the little girl his latest book and gave it to her. “A lot of people like this book,” he said. Her mother bought two more on the spot.

A mentor at college was an English professor and former poet laureate of New York, Dr. Maurice Kenny. Kenny encouraged Depew to write for the school paper.

Kenny did not want the young author to have unrealistic expectations. After he read the first book, Kenny said, “I’m very happy for you, but I’m going to tell you: You’re not going to sell a one.”

“He never wanted his writers to think they were going to make millions on their books,” Depew said. Kenny passed away in April.

Depew dedicated each book to family members for “little bits of things that they did in our lives growing up. The coolest thing is that they get to live for all time, and that’s a big deal for me,” Depew said.

Depew’s grandmother, who attended the book signing on June 4, said he was the only one who remembered the stories.

“I was blessed by God, really, to be in this family where we did all this,” he said.

His greatest joy is to have his grandmother read them.

He says his greatest joy is to have his grandmother read them. She says she likes all the characters in the books, but especially the grandmother Jules. “That is a trip for me,” she said.

His younger brother Dan, who happens to be supervisor of the Town of Wallkill, says the books are an accomplishment. “I’m very proud of him,” he said.

Depew’s father Ray said his mother “used to tell [the stories] like it was the real deal.”

“Grandma told me these stories, then I had to build upon them and make a whole world to preserve them, so I created Donbridge out of it. I write because I feel like I’m preserving our family for all time. They are family tales.”

While the last generation read the Harry Potter books, Depew said, “I would love [this series] to be something for a new generation.”