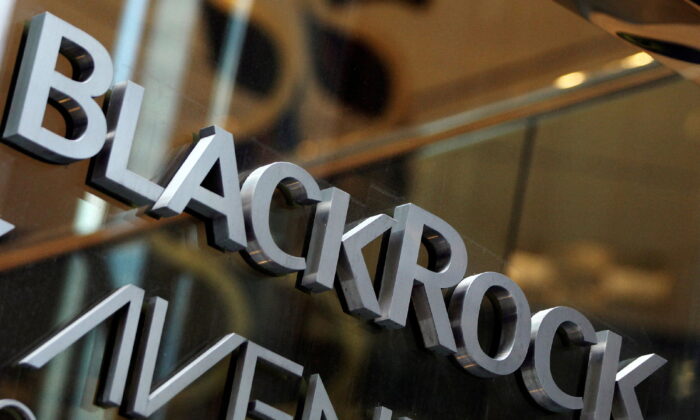 The BlackRock logo outside of its offices in New York on Jan. 18, 2012. (Shannon Stapleton/Reuters)
Crime and Incidents

NEW YORK—The former head of a Hollywood movie distributor whose films have starred actors such as Halle Berry and Matthew McConaughey was sentenced on Friday to six years in prison after he pleaded guilty to defrauding a BlackRock Inc. investment fund.

Sadleir, 68, of Beverly Hills, had pleaded guilty in January to two counts of wire fraud over schemes related to the closed-end BlackRock Multi-Sector Income Trust Fund, which had invested $75 million in Aviron.

Prosecutors said Sadleir misappropriated more than $25 million, including to buy a $14 million Beverly Hills mansion, by pretending it was invested in prepaid media credits, and masqueraded as ad executive “Amanda Stevens” to email BlackRock.

They said Sadleir forged a BlackRock manager’s signature for the sale of more than $3 million of assets that secured BlackRock loans to Aviron, which later defaulted on those loans.

Sadleir had pleaded guilty in March to receiving $1.7 million in federal Paycheck Protection Program loans purportedly to help Aviron pay workers during the COVID-19 pandemic, though the company had by then already shut down.

Sentencing in that case is scheduled for Sept. 28 in federal court in Los Angeles. Prosecutors there have said they would recommend the sentence run concurrent with the Manhattan sentence.

Sadleir’s lawyers had urged Engelmayer not to impose a prison term, saying the father of two young boys was “deeply sorry for, and embarrassed by, his crimes,” and that there was “no chance” of recidivism.

“Mr. Sadleir is obviously disappointed with today’s sentence, but accepts the court’s judgment,” his lawyer Matthew Schwartz said in an email. Sadleir also apologized to his family and Aviron employees, Schwartz added.