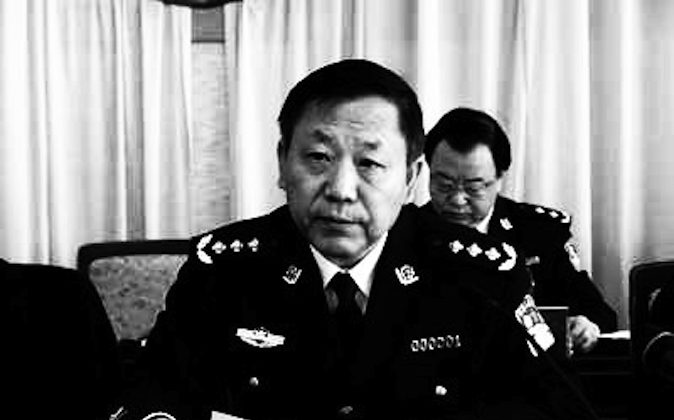 Zhao Liping, a recently retired Chinese official of high rank, is being held by the police for suspected murder.

The former deputy chairman of the Inner Mongolia Regional Committee of the Chinese People’s Political Consultative Conference—a regime advisory body—was arrested by police on the night of March 20 for killing a 28-year-old woman.

According to Chengdu Economic Daily, Zhao, who retired in July 2014, had spent the night with the murder victim in a hotel. For reasons unknown, he later shot the woman twice, but failed to kill her.

The woman, a garment seller in the city of Chifeng, escaped and managed to call the police before her death. Zhao, however, gave chase in his black Audi, tracked her down, and took her life.

Later, Zhao allegedly drove out of the city, burned the corpse, and buried it in a remote area he had earlier scouted.

When a police blockade stopped Zhao at Heshigten Banner, which is 150 miles from Chifeng, they found the 64-year-old covered in blood, and recovered a gun and knife from his car, according to some Chinese newspapers. Zhao didn’t resist arrest.

Police claim the woman had “intimate relations” with Zhao. Chinese media alleges that the pair had been lovers for two years.

Zhao is the one hundredth “tiger“—a term for senior Party officials—to be arrested, albeit on a murder charge. Before he was deputy chairman of Inner Mongolia’s Party advisory body, Zhao was in the province’s security apparatus for 33 years, and in 2005 was promoted to director of the Public Security Bureau. His 2012 advisory post was a kind of retirement sinecure, regularly handed out to loyal Party members.

It so happens that the alleged murder of his mistress is not Zhao’s first encounter with violence. According to Minghui.org, a U.S.-based Falun Gong information website, Zhao Liping is one of the leading officials that directed the persecution of the spiritual practice in Inner Mongolia. Falun Gong is a spiritual discipline that includes slow-moving exercises and adherence to the principles of truthfulness, compassion, and tolerance.

Zhao has publicly vilified Falun Gong with hate speech on several occasions, Minghui says. He has also been a close follower of Zhou Yongkang, China’s former security chief who now awaits trial, and during his tenure was one of the most enthusiastic implementers of the persecution campaign.