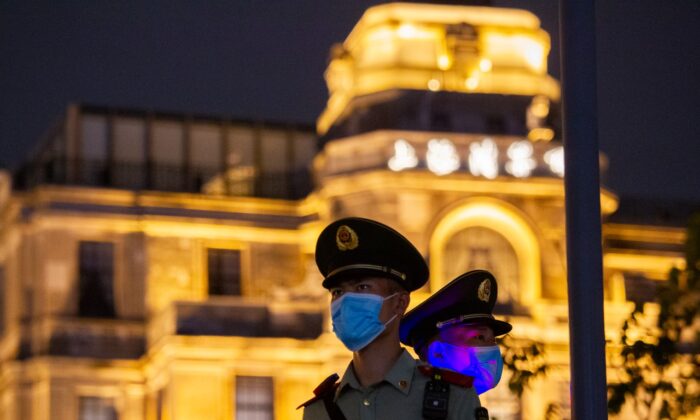 The former head of the Chinese communist regime’s Gestapo-like office in Jiangsu province is under investigation for allegedly breaking the law. He, and his department, were tasked with suppressing religious freedom within China.

The Commission for Discipline Inspection of Jiangsu reported that Chen Yizhong, the former deputy secretary and deputy director of the Jiangsu Provincial Public Security Department, was under investigation for the vague charge of “serious violation of regulations and laws” on Oct. 24. The notification also listed his former position as the director of the “610 Office”.

The 610 Office was an extrajudicial body specially established to execute the Chinese Communist Party’s (CCP) sweeping campaign of repression against adherents of the spiritual practice Falun Gong.

Falun Gong, also known as Falun Dafa, is a spiritual discipline consisting of meditative exercises and moral teachings based on truthfulness, compassion, and tolerance. The group’s popularity surged in China during the 1990s, with estimates putting the number of adherents at about 70 million to 100 million by the end of the decade.

Former Chinese leader Jiang Zemin was concerned about the faith group’s growing popularity, and launched a nationwide persecution to eradicate the group. He established the 610 Office for the purpose on June 10, 1999—its name being drawn from the date of its founding.

Chen was a subordinate of Wang Like, the former secretary of the Political and Legal Committee of Jiangsu Province, who was dismissed last year. The two had actively persecuted Falun Gong practitioners in Jiangsu for many years.

During Chen’s tenure at the 610 Office, Falun Gong practitioners were subject to arbitrary detention, torture, forced labor, brainwashing, imprisonment, and forced blood drawing, according to Minghui.org, a U.S.-based website that documents Beijing’s persecution of the spiritual practice.

In the cities of Xinyi and Xuzhou in Jiangsu, from October to mid-November 2013, more than 20 Falun Gong practitioners were arrested by authorities and held in brainwashing and detention centers, Minghui.org reported. Other practitioners had their homes raided, and books and materials relating to the practice confiscated.

A number of Chinese officials who have led 610 Offices around the country have found themselves being put under investigation by the Party. Several former heads have been targeted this year, including Du Rong, deputy mayor of Changzhou city of Jiangsu and director of the Municipal Public Security Bureau, and Peng Bo, deputy director of the 610 office. Others include Liu Xinyun, deputy governor of Shanxi Province and director of the Provincial Public Security Department, and Hui Congbing, deputy secretary of the Political and Legal Committee of the Shandong Province.