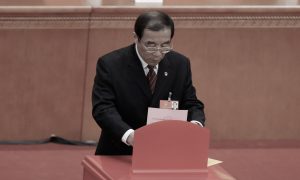 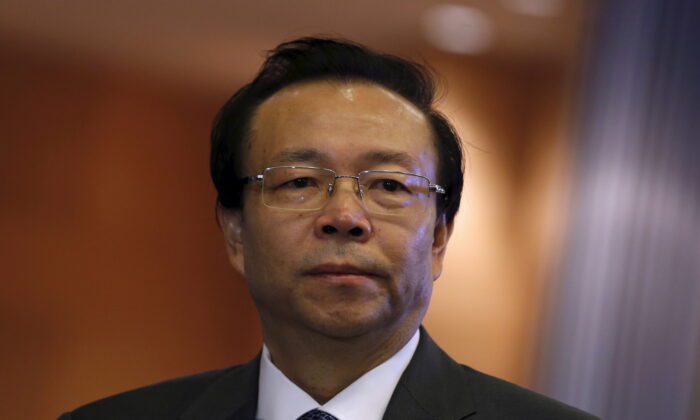 Former China Huarong Asset Management Co. chairman Lai Xiaomin listens to a question from a reporter during the debut of the company at the Hong Kong Exchanges in Hong Kong on Oct. 30, 2015. (Bobby Yip/Reuters)
Chinese Regime

BEIJING—The former chairman of China Huarong Asset Management Co. has been sentenced to death, a court in the northern city of Tianjin said on Jan. 5, in one of the country’s highest-profile corruption cases.

Lai Xiaomin was convicted of receiving or seeking bribes totaling 1.788 billion yuan ($276.72 million) from 2008 to 2018, when he was also a senior banking regulator, according to the Secondary Intermediate People’s Court of Tianjin.

Lai, who was expelled from the ruling Communist Party in 2018, was also convicted on a charge of bigamy.

Chinese authorities alleged that Lai extorted bribes, colluded with others to embezzle large amounts of public assets, and took advantage of his positions to seek improper benefits for those who bribed him.

“The severe treatment of Lai Xiaomin reflects the strong determination of the Central Committee with leader Xi Jinping as the core to administer the party and its zero tolerance in punishing corruption,” the company said in a statement.

The court noted that most of the activity in question took place after the 18th Party congress in late 2012, when Xi came to power. He would soon launch a sweeping anti-corruption campaign that has purged many of his political rivals.

Lai was purged amid reshuffling within the central government’s finance-related agencies, a hint that authorities would target corruption in the finance sector.

By Gabriel Crossley, Stella Qiu, and Cheng Leng. The Epoch Times contributed to this report.