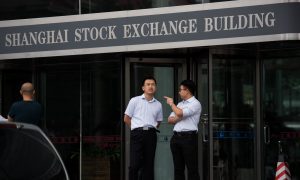 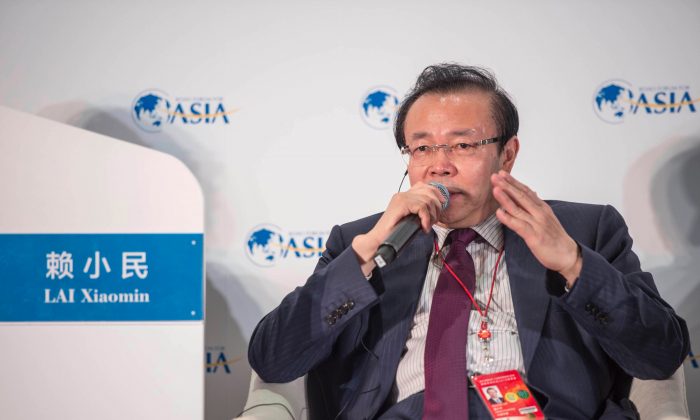 Chinese authorities alleged that as former chairman of Huarong Asset Management Co., Lai extorted bribes, colluded with others to embezzle large amounts of public assets, and took advantage of his positions to seek improper benefits for those who bribed him. He was also previously director of the General Office at banking regulator, the China Banking Regulatory Commission, and also head of the Chinese Communist Party committee at Huarong Xiangjiang Bank Co.

Lai was also accused of “living with another woman” when he was still legally married to his wife.

Since taking power in 2012, Chinese leader Xi Jinping has launched a sweeping anti-corruption campaign to rid the Party of misbehaving officials. The charge of bigamy is unusual, as this accusation is rarely used, despite the fact that many corrupt officials have mistresses.

And in November 2017, the Party showed signs it would tackle corruption in the finance sector by appointing new directors at China’s central bank and two state finance regulators.

Lai was dismissed from his positions on Apr. 17 last year, and was formally investigated on Oct. 15. According to an announcement by the Chinese authorities, Lai established close relationships with his supervisors and privileged individuals in an attempt to get promotions, promoted his public image, and squandered state assets. He was arrested on Nov. 7.

Soon after his arrest, Bloomberg quoted a person familiar with the matter as saying that Lai’s bribes amounted to roughly 1.65 billion yuan ($240 million), while investigators at the Party’s internal anti-corruption watchdog found that he owned 34 properties. As the investigation is still going on, the total amount of bribes is still unknown.

Meanwhile, Chinese media the Economic Observer quoted two people familiar with Lai’s case, who said the monetary amount in Lai’s bribery case was in excess of 1.6 billion yuan ($235.2 million). Moreover, Lai owned a large quantity of valuables such as jewelry.

“According to our conservative estimates, together they exceed 2 billion yuan ($295.3 million) in value,” said one of the sources to the Economic Observer.

They described Lai’s greed for money as “near madness.”

One of the sources told the Economic Observer, “Lai’s case provided an opportunity to further investigate corruption in China’s financial system. It’s just the beginning.

The source estimated that the large number of corrupt officials would mean investigations to uncover their crimes would take at least three years.

Chinese financial publication Caixin revealed in October 2018 that police found 270 million yuan ($39.9 million) worth of cash in Lai’s residence. In addition, his mother also accepted bribes in the form of gifts and money, with a total value of 300 million yuan ($44.3 million).

Previously, in the official announcement to strip Lai’s Party membership and official positions, it was mentioned that Lai “made a number of deals exchanging power for sex with a number of women.”

An Apr. 23 Caixin report revealed that during his tenure as Huarong chairman, Lai repeatedly injected money into Tianyuan Manganese with funds totaling tens of billion yuan, and cultivated it into Huarong’s “shadow company.”  The company in turn became a way for Lai to increase his personal assets, the report alleged.