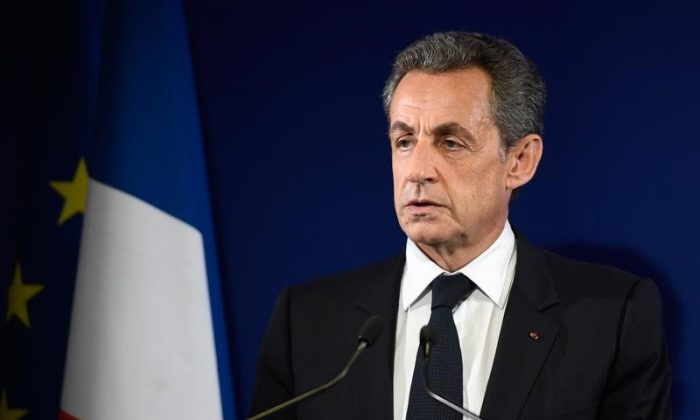 Nicolas Sarkozy, former French president , reacts after partial results in the first round of the French center-right presidential primary election at his campaign headquarters in Paris, France on Nov. 20, 2016. (REUTERS/Eric Feferberg/Pool)
International

PARIS—Former French president Nicolas Sarkozy called on voters to pick conservative candidate Francois Fillon in the first round of the country’s presidential election on Sunday to “turn the disastrous page of the last five years.”

“Everyone must be clear with their responsibilities. I want to say clearly why I will support Francois Fillon: he has the experience, the desire and the project that will allow France to ensure an alternative to the last five disastrous years that we have experienced,” Sarkozy said in a video message posted on Facebook.

Fillon, Sarkozy’s prime minister between 2007-2012, is seen struggling to reach the second round run-off on May 7, according to opinion polls.