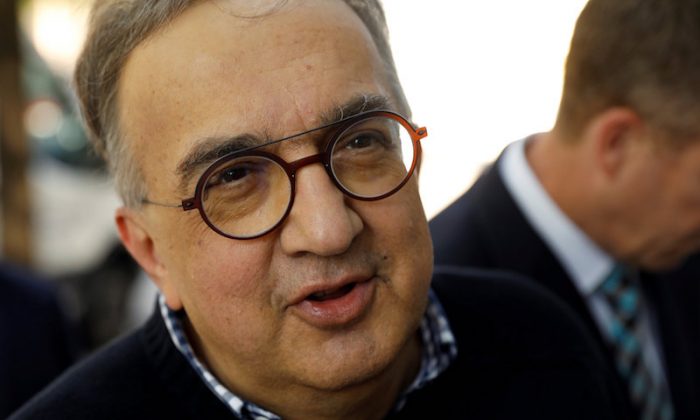 MILAN—Former Fiat Chrysler chief executive Sergio Marchionne, one of the auto industry’s most tenacious and respected auto chiefs, has died, succumbing to complications from recent surgery.

The carmaker’s controlling family shareholder confirmed news reports of his death on Wednesday, without giving the cause of death or saying when he had died.

Marchionne, 66, fell gravely ill after what the company had described as shoulder surgery in a Zurich hospital. He was replaced as chief executive last weekend after Fiat Chrysler (FCA) <FCHA.MI> said his condition had worsened.

“Unfortunately, what we feared has come to pass. Sergio Marchionne, man and friend, is gone,” FCA Chairman John Elkann, scion of the controlling Agnelli family, said in a statement.

Marchionne rescued Fiat and Chrysler from bankruptcy after taking the wheel of the Italian carmaker in 2004 and he multiplied Fiat’s value 11 times through 14 years of canny dealmaking. He was due to step down at FCA in April next year.

“The best way to honor his memory is to build on the legacy he left us, continuing to develop the human values of responsibility and openness of which he was the most ardent champion,” Elkann added.

On Saturday, FCA named Jeep division head Mike Manley as chief executive at the world’s seventh-largest carmaker, saying the 54-year-old Briton would execute a new mid-term strategy that Marchionne had outlined in June.

FCA has said Manley will work to ensure a “strong and independent” future for the group.

On Saturday, Marchionne was also replaced as chairman and CEO of Ferrari <RACE.MI> and chairman of tractor maker CNH Industrial <CNHI.MI> — both spun off from FCA in recent years.