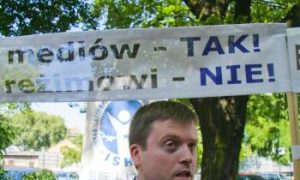 Egypt’s military-controlled government Sunday said that the former prime minister and other top officials who served under ousted former President Hosni Mubarak, will be tried on corruption charges, according to local media.

The three are being charged for allegedly participating in a scheme with a German businessman, in which they profited illegally from imported license plates, according to local media. The scam is believed to have cost the state 92 million Egyptian pounds (US$15.5 million).

Mubarak’s government was taken down in February after waves of protesters called for his ouster. He is currently being detained but is in the hospital following an apparent heart attack.

His sons have also been detained and are being investigated.

According to BBC, former Prime Minister Nazif is being held in a prison near Cairo while former Interior Minister el-Adly is on trial for unrelated charges concerning the deaths of demonstrators.

Former Finance Minister Ghali is overseas and has been labeled a fugitive by authorities, according to EGYNews.