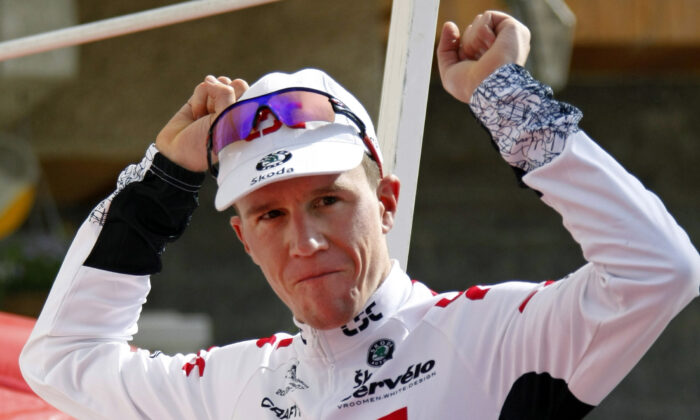 Chris Anker Sorensen of Denmark celebrates on the podium after winning the sixth stage of the Dauphine cycling race between Morzine and La Toussuire, in La Toussuire, French Alps, on June 14, 2008. (Robert Pratta/Reuters)
Sports

Former Danish professional cyclist Chris Anker Sorensen has died after being hit by a vehicle during a ride in Belgium, the International Cycling Union (UCI) said on Saturday.

Sorensen, 37, was due to commentate on the upcoming road world championships in Flanders.

“It is with great sadness that we learned of the death of our good colleague Chris,” a TV2 Sport announcer said on air.

Sorensen, who retired from professional cycling in 2018, won the Danish national title in 2015 and won a stage on the 2010 Giro d’Italia.