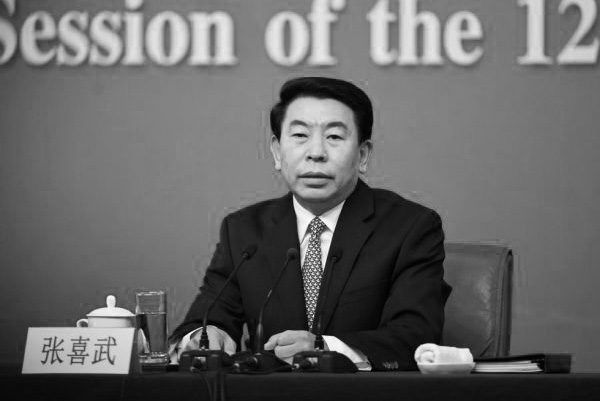 The deputy head of China’s state asset manager, and the world’s largest controlling company, was recently arrested for corruption. The move may spell trouble for the official’s longtime benefactor, a high-ranking member of a faction that opposes China’s current leader Xi Jinping.

Zhang Xiwu, deputy director of the State-owned Assets Supervision and Administration Commission (SASAC), is being investigated for malfeasance, according to a July 3 statement by regime’s anti-corruption agency.

Zhang abused his positions for personal and family benefit and engaged in other illegal profiteering, the agency said. Zhang will be stripped of his ministerial-level post and ejected from the Central Committee.

There is more than meets the eye to the case of Zhang Xiwu, who once regulated more than 150 Chinese companies and their one trillion dollars in assets. Zhang is the latest crony of Zeng Qinghong, the former Chinese Communist Party vice-chair and number two member of an influential political faction, to run into trouble in recent months, and Zhang’s fall suggests that a case is being built against his political patron.

The pattern of investigating and punishing the underlings of high-ranking officials has an established history in recent years in China. For instance, when the Party was building a case against security czar Zhou Yongkang, his loyalists were rounded up one after another before Zhou was formally purged in mid-2014.

In December 2014, anti-corruption investigators announced the arrest of several top Shenhua executives, including assistant general manager Zhang Wenjiang (no relation to Zhang Xiwu) and vice president Hua Zeqiao. In February 2015, the anti-corruption agency announced that senior leaders of Shenhua were suspected of corruption, and sporadic arrests were carried out in the following years.

Zhang is also believed to be quite close to Zeng Qinghong. In 2004, Zhang was one of a small coterie of state-owned company bosses selected to accompany then Party vice-chair Zeng on a high-profile diplomatic trip to South Africa. He has also often appeared at opening ceremonies for major public projects along with other Zeng confederates such as the purged Su Rong and others.

Zeng and his family are widely believed to have harvested assets from a variety of major state-owned energy companies. One prominent case involves Zeng Wei, the son of Zeng Qinghong, acquiring the former state power company Shandong Luneng, for a small fee far below its book value, after it was privatized in 2006, according to the Financial Times.

Zeng’s top cronies have recently been targeted by anti-corruption investigators. In January, Chinese billionaire Xiao Jianhua was spirited away from his Hong Kong luxury apartment, while Wu Xiaohui, chairman of Chinese insurance giant Anbang, was detained in June. Sources close to discussions in the Xi Jinping leadership told The Epoch Times that Xiao and Wu are money launderers for the Zeng family and the faction of Jiang Zemin, the former Party boss and Zeng’s political godfather.

The targeting of Xiao, Wu, and Zhang Xiwu, three top Chinese financial figures, suggests an encircling of the even more senior cadre Zeng Qinghong. The Xi leadership may even be looking at a formal investigation of Zeng himself. Though such a prospect may seem unprecedented, many observers said the same thing about the disgraced Zhou Yongkang, another senior cadre who was once considered untouchable.