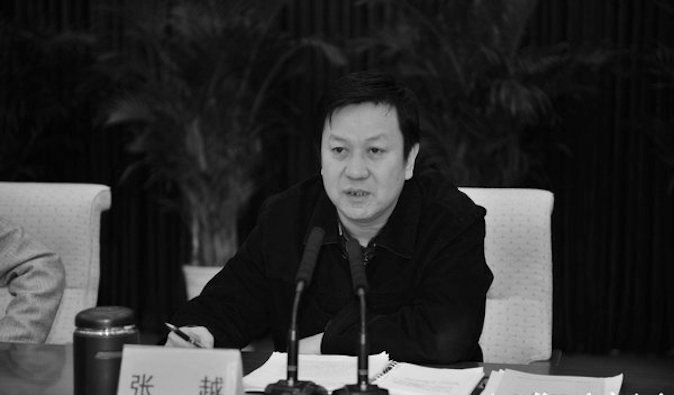 After three months of investigations, the Chinese Communist Party’s internal police found Zhang Yue, the former security chief of a northern Chinese province, guilty of wantonly violating nearly all discipline regulations, and expelled him from the Party and from his official post.

The anti-corruption agency, however, remained silent on Zhang’s pivotal role in the brutal persecution of a traditional Chinese meditation practice.

In a July 28 online statement, the Central Commission for Discipline Inspection listed the discipline infractions of the former Political and Legal Affairs Commission head of Hebei Province—Zhang Yue, a 55 year-old Shandong native, had “carried out superstitious activities for long periods,” abused his position, accepted bribes and gifts, traded money for sex, spent public funds to feast sumptuously, and lived an extravagant, pleasure-filled life.

Only two other purged cadres had violated as many or more discipline regulations as Zhang, according to the WeChat account of the semi-official Beijing News.

“Having violated five out of six discipline regulations, this Political and Legal Affairs Commission Party Secretary can be said to possess ‘all five poisonous vices,'” Beijing News wrote.

After investigations into Zhang Yue were announced in April, details of his past misdeeds were published by popular Chinese news portal NetEase.

Zhang had used public funds to build a private luxury swimming facility, and staffed it with women who looked like “flight attendants,” NetEase reported. Zhang had also leveraged his private connections and public office to become a major shareholder in a Beijing security brokerage firm. According to NetEase, Zhang owed his political career to former security czar Zhou Yongkang.

Both Zhang and Zhou appeared to have risen quickly to prominent positions by virtue of their heeding the call of former Party leader Jiang Zemin to persecute Falun Gong. On July 20, 1999, Jiang had ordered the spiritual practice suppressed, and promised cadres rank and riches for their troubles.

The World Organization to Investigate the Persecution of Falun Gong holds Zhang Yue responsible for 10 cases of persecution when he was in the Ministry of Public Security and security chief of Hebei.

Once a powerful and prestigious agency, the 610 Office — the agency Zhang was part of — has been handled roughly since Party leader Xi Jinping took office in 2012.

When former vice minister of public security Li Dongsheng was purged in 2013, he was identified as the head of the 610 Office—an unusual development given the organ’s sensitive nature and link to Jiang Zemin, the former leader who established the agency. After Li’s arrest, 610 Office heads appear to serve only short stints, according to the scant information found in Chinese language media.

There was also no attempt to hide Zhang Yue’s role as a 610 agent in some announcements of his expulsion.

And in early July, anti-corruption investigators commenced a three-month probe of the 610 Office—an unthinkable development during the reign of Jiang Zemin and Hu Jintao. No leadership of the agency was noted.