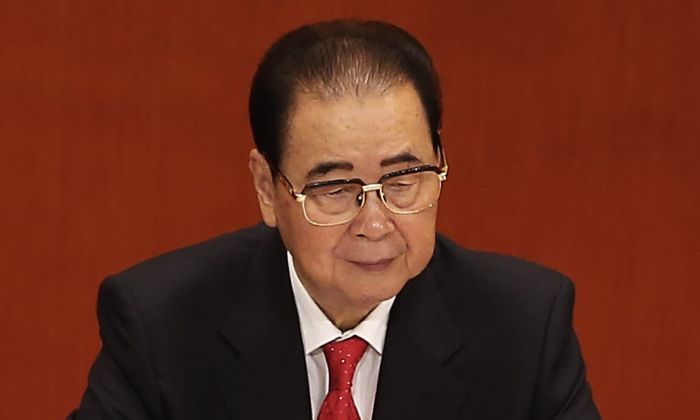 Li Peng, the former Chinese premier known as the “Butcher of Beijing” due to his role in ordering the violent suppression of student protesters at Tiananmen Square in 1989, has died at the age of 90.

Li also drew criticism from Chinese netizens for his role in spearheading the Three Gorges Dam project. The project forced more than 1.2 million people to relocate, as 129 nearby cities were flooded.

He died of an unspecified illness on July 22 in Beijing, according to official obituaries released by Chinese state-run media Xinhua on July 23.

The obituaries praised Li as a lifelong fighter for the Party, similar wording to what Beijing has published about other deceased senior Chinese Communist Party (CCP) officials, such as Qiao Xi and Wan Li.

The key points in Li’s obituaries were the references to the Tiananmen Square protests, Tang Jingyuan, a U.S.-based China affairs commentator, told The Epoch Times in an interview on July 23. Li was deeply involved with the decision to launch the bloody crackdown of the demonstrations.

The obituaries also contained a veiled threat to Hong Kong, where millions have demonstrated in recent months against an extradition proposal that residents see as expanding the Chinese regime’s reach into the city, eroding its autonomy and rule of law, Tang said.

“The obituaries said ‘Li had taken decisive measures to stop the unrest’ is alarming to Hongkongers, which means Beijing authorities may use a method similar to that used in 1989 Tiananmen Square Massacre to quell the Hong Kong protesters,” Tang said.

“Li Peng is the executor and executioner of the June 4th Massacre. Whether he is alive or dead, he has been nailed to history’s pillar of shame,” said Wang Dan, a student leader in the 1989 pro-democracy protests, who is now living in exile in Taiwan, in a Facebook post on July 23.

“Li Peng was the butcher of the June 4th Massacre, and that’s how he should be remembered, by the world, and by history. Hopefully, one day, by the textbooks of China too,” BBC cited another 1989 student leader, Wu’er Kaixi, as saying. He’s also living in exile in Taiwan.

Students began gathering at Tiananmen Square in April 1989 after the death of former Party leader Hu Yaobang, who had pursued a series of economic and political reforms in the 1980s, but was forced to resign in 1987 after other senior officials disagreed with his policies.

The students, who were seeking greater government reforms and democracy, received support from teachers, workers, and other sectors of society. Some began hunger strikes in an effort to seek a dialogue with CCP leaders.

On the night of June 3, 1989, the Party leadership ordered tanks into the city. As the Party’s premier, Li was the chief commander. However, historians have noted that Jiang Zemin, who was promoted to become CCP leader after the massacre, played a central role in the decision in the crackdown on the students.

Troops opened fire on the students, killing and injuring thousands.

In recent weeks, deformities in the Three Gorges Dam, which spans the Yangtze River in southwestern China, has been a widely discussed topic on the Chinese internet.

Construction of the hydropower gravity dam began in 1994 and was completed in 2009. Li was the general leader of the project and ordered its construction, even as experts such as Chinese hydrologist Huang Wanli raised concerns that the dam’s construction would lead to environmental destruction.

Since completion, landslides have occurred continually along the dam, while silt and trash have accumulated in the river, and locals report frequent earthquakes in the region.

Li was severely criticized because of the project, but he said that it was, in fact, Jiang who was the real decision-maker.