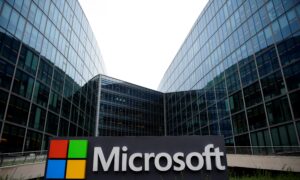 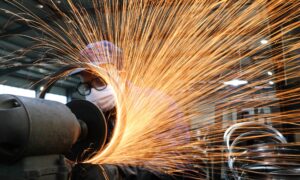 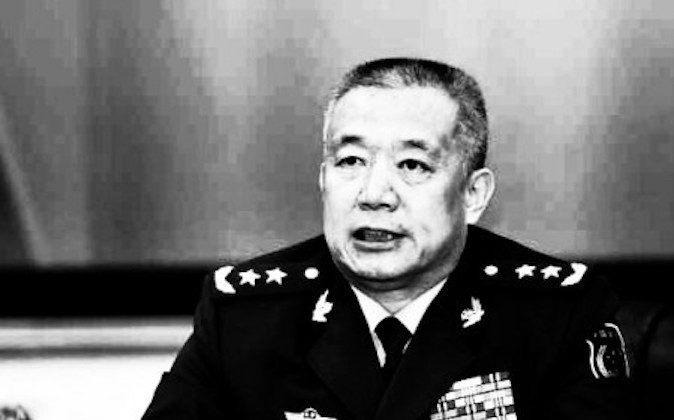 Wang Jianping, the deputy chief of the general staff in the Central Military Commission. (Sohu.com)
China

Top Chinese general and former paramilitary chief Wang Jianping is said to have been arrested on suspicion of corruption by military prosecutors.

On Aug. 25, Wang, 62, was taken away in the city of Chengdu in the southwestern Chinese province of Sichuan, according to the South China Morning Post (SCMP), an English daily based in Hong Kong. Wang’s wife, his secretary, and former secretary Su Haihui, a deputy director of the People’s Armed Police training department, were also detained.

Before assuming his current position as deputy chief of the general staff in the top military governing body in the Chinese regime, Wang Jianping commanded the People’s Armed Police, a 1.2 million-strong paramilitary force, from June 2009 to December 2014.

But Wang was suddenly shifted from the paramilitary to the military to cut him from his power base, a source told SCMP. The move was said to be necessary because Wang was a “subordinate accomplice” of former security czar Zhou Yongkang.

As head of the paramilitary, Wang reported directly to Zhou until Zhou was investigated for corruption in July 2014. Many observers thought Zhou’s downfall impossible due to an unstated rule that former and serving members of the regime’s key decision making body, the Politburo Standing Committee, couldn’t be prosecuted.

The purge of Zhou is part of Chinese leader Xi Jinping’s effort to eliminate the political network overseen by former regime leader Jiang Zemin, and consolidate his control over the Chinese regime.

If the arrest of Wang Jianping is made official, it will likely be announced that he had “severely violated Party discipline,” a catch-all phrase for corruption. But an international nonprofit that has been closely tracking a brutal persecution campaign in China has implicated Wang of much worse.

The World Organization to Investigate the Persecution of Falun Gong holds Wang responsible for overseeing the suppression of the spiritual discipline Falun Gong while he was commander of the People’s Armed Police, a key position in the regime’s security and legal apparatus.

On July 20, 1999, then-regime leader Jiang Zemin ordered Chinese security forces, including the paramilitary, to suppress Falun Gong. Over 4,000 Falun Gong practitioners were killed, and hundreds of thousands of practitioners locked up in various detention facilities, according to incomplete figures compiled by Minghui.org, a clearinghouse for information about the persecution.

The People’s Armed Police is also implicated in the systematic harvesting of organs from prisoners of conscience. Researchers say that doctors and hospitals run by the paramilitary are involved in an organ transplant network that has carried out an estimated 60,000 to 100,000 transplants annually over the last 16 years. The organs are believed to be sourced from practitioners of Falun Gong, the largest prisoner of conscience population in China.

The United States House of Representatives and the European Parliament have issued resolutions condemning the regime’s organ harvesting of Falun Gong practitioners.

Rep. Chris Smith (R-N.J.), a signee of the unanimously passed House of Representatives resolution in June, said: “I strongly believe that the campaign to eradicate Falun Gong will be seen as one of the great horrors.”