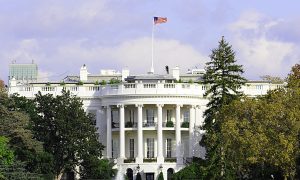 “Mr. Wang” (an alias) stands for a photograph in Toronto, Canada, recently. As an intern doctor in China in the 1990s, Mr. Wang said he witnessed the harvesting of organs from a living person. (Yi Ling/Epoch Times)
China

TORONTO—Mr. Wang (an alias) has lived in Canada for years, but only recently came forward with a harrowing episode he experienced around two decades ago in China: forced participation, as a young intern, in the extraction of organs from a still-living person.

Chinese authorities, in particular the medical−military system, have for decades used the organs from executed prisoners (including, after 2000, Falun Gong prisoners of conscience) to supply organs to wealthy Chinese and foreign donors. That in some cases these operations were performed while the victims were still alive—thus assuring the highest quality organs—has long been suspected.

The following account is as told to Epoch Times by Mr. Wang recently, edited for brevity and clarity and with the addition of subheadings.

The incident happened in the 1990s. I was an intern doctor at the urology department of the Shenyang Military General Hospital in Liaoning Province at the time. One day, the hospital received a phone call from the Shenyang Military Region, requesting medical staff to immediately perform a military mission.

In the afternoon, my division director started roll call. Six staff were called, including two nurses, three doctors, and I.

We were told to stop contacting the outside world from then on until the mission was over. This included contacting family and friends. We were not allowed to keep or access any communication tools, like phones.

We went in a modified van, and in front of our car were military cars filled with armed soldiers. The military cars had their warning lights on to open the route for us, and we drove very fast. The windows of our van were covered with blue cloth so we couldn’t see where we were going.

Finally we arrived at a place surrounded by mountains. Many soldiers were standing guard. A military officer received us, and we learned from him that we were at a military prison near Dalian City.

The next morning, after a nurse followed two soldiers to take some blood samples, we were asked to get in our van. We stopped at an unknown place. Armed soldiers surrounded our van.

Shortly, four soldiers carried a man into the van, and placed him on a black plastic bag about seven feet long.

The person’s feet were tightly tied together by some kind of strong, special thread, very thin like fiber. It was cutting into his flesh. He was bound tightly around the neck, with his arms tied behind his back, the same thread connected to his legs—this prevented him from struggling and moving, because to shift position would force the thread to slice into his neck—which already had a severe wound, judging by the blood gushing from his throat.

A doctor told me to hold him still. When I touched his legs, I could feel that they were still warm.

The doctors and nurses quickly dressed for surgery. I was their assistant, in charge of cutting the artery, vein, and ureter [the tube connecting the kidney to the bladder].

A nurse cut open the man’s shirt and applied disinfectant on his chest and belly three times. Next, a doctor used a scalpel to cut from the subxiphoid [below the chest] all the way down to the belly button.

I saw the man’s legs were twitching, but his throat couldn’t make any sound.

The doctor then opened the body cavity, and blood and intestines all suddenly came out. The doctor pushed the intestines to one side, and quickly began freeing a kidney. Another doctor then began cutting out the kidney on the other side.

I then heard a doctor telling me to cut the artery and vein—when I did, the blood erupted over me. His blood was still running, meaning that he was alive.

The doctors’ actions were very skilled and fast. They put the two kidneys in a thermostatic box.

Another doctor then asked me to take the eyeballs out.

I looked at the man’s face, seeing his eyes staring at me with extreme terror. I felt like he was really looking at me. His eyelids were moving. He was alive.

My mind went blank, my body was shaking and weak, and I couldn’t move. It was too horrible!

Then I remembered that I heard from an officer last night talking to our responsible person something about “not even 18 years old. Very healthy and still alive.” Is this him? We were taking organs from a living person. It was so horrible.

I told the doctor that I couldn’t do it.

Then, another doctor used his left hand to harshly press the man’s head to the floor, and held one eyelid up with two fingers. He then used his right hand to gouge out a complete eyeball with forceps.

I couldn’t do anything after that, shivering and sweating, in a state of collapse.

Waiting for the Organs

When this one done, a doctor clapped the side of the van. A soldier sitting on the front passenger seat began talking on his radio, and four soldiers soon came over to wrap the body, now limp, in the plastic bag and toss it into a military truck.

We were quickly driven back to the hospital. When we took the organs to a surgery room, a group of doctors were already there, ready to transplant.

Under extreme fear and shock, I had a fever after I went home. I didn’t dare to tell anybody about it. None of my family knows it. Soon after that surgery, I left the General Hospital of Shenyang Military.

However, the panic was far from over. I witnessed a human life being tortured and killed with my eyes. The mental pressure made me miserable.

For a very long time no matter during the day or night, I could visualize the man’s eyes with pain and horror, staring at me.

I hadn’t mentioned this for years, because once I thought of it I wanted to collapse.

When overseas media exposed the harvesting of organs of Falun Gong practitioners [in 2006], I immediately knew that everything was true. Such practices have long existed in the Chinese Communist Party’s military system. The persecution of Falun Gong just gave them a broader source of organs.

An intimate one-on-one interview with the renowned former secretary of state on Organ Pillaging in China. Hon. David Kilgour speaks about the critical amounts of circumstantial evidence has been found and how The Coalition has proved beyond any reasonable doubt that the pillaging of Falun Gong organs has taken place since 2001 and that systematic organ harvesting continues in occur in China.