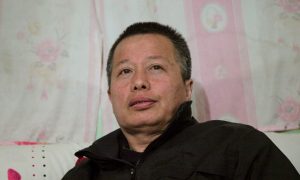 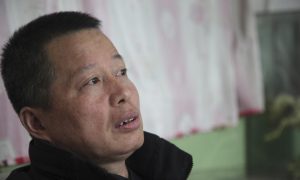 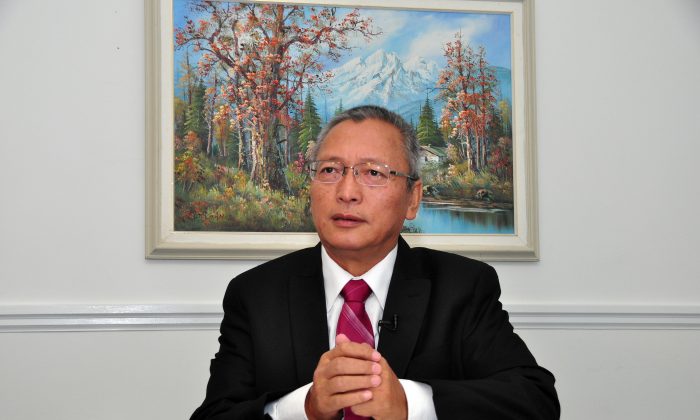 When Xie Weidong graduated with a Masters degree in 1984, it seemed as though the Chinese Communist Party was taking baby steps toward implementing the rule of law. That was under the rule of Deng Xiaoping, the Party’s former paramount leader, as China was rebuilding and modernizing in the wake of the Cultural Revolution.

But after seven years as a lawyer and nearly a decade as a high court judge, Xie Weidong quit in 2000, completely disillusioned with the judicial system and the communist regime.

Speaking to New Tang Dynasty Television and Epoch Times from his new home (since 2014) in Toronto recently, Xie shared vignettes of his time in the Chinese regime’s judicial system from the mid-1980s to 2000. His observations echo what Chinese rights activists have been saying for years about how the Chinese regime views the law—nothing more than a tool the Communist Party wields to advance and protect its interests.

Xie Weidong recalls an incident from his days as a lawyer that he felt was a truism of justice in communist China. A potential client walked into his law firm and asked the dozen or so lawyers present, “I am 100 percent certain I’m in the right, but what are my chances of winning?”

“Not one lawyer answered,” Xie said.

“We were all flabbergasted,” Xie said. “When a member of the judicial panel asked what legal reason we should give for the ruling, the Supreme People’s Court head said, ‘Use your imagination.'”

The Supreme People’s Court head could act with impunity because he was in the good books of the local Party secretary—the ranking communist cadre in a region—Xie Weidong said. Many Party officials and businessmen become serial sycophants as they seek favorable political, business, or legal decisions.

In fact, the sycophantic judge has become such a familiar archetype in modern China that Chinese television dramas have started featuring scenes where judges wait patiently all night outside a Party secretary’s door for instructions on the day’s rulings, Xie observed.

“The law is no more than a tool,” he added. “The Party secretary doesn’t understand court evidence or the law, but whatever he decides is final.”

And when Party secretaries have no interest in a case, it is up to those down the political chain to decide what is just, as a high court presiding judge once explained to Xie Weidong over dinner: “I told other judges in court that we must do what the head wants. When the leader doesn’t care, what I say goes. If I don’t care, then it’s up to you” to make the call.

Suffice it to say, no one in China, from regular citizens to Party cadres, truly has the protection of the law, Xie said.

Xie also briefly touched on the brutal prison system in China: “They lock you in a dark room, and you will have no evidence to show that you’ve been tortured. Those who end up in wheelchairs can count their blessings because others have been turned to ashes.”

It is no wonder that many Party officials prefer to commit suicide than serve out a jail term, he added.

The defection of a former functionary in the security system has somewhat cheered Canada’s pro-democracy Chinese community.

It is commonly known among overseas Chinese activists that “China has no judicial independence,” she said in a telephone interview. “The will of the Communist Party determines the outcome of any judicial case.”

The Party doesn’t control only the courts. It also has complete sway over China’s health care and education system, resulting in a similar situation unfolding all over the country, Sheng said. “We cannot discuss the problems with China’s judicial system without ignoring the fact that the country is under a despotic dictatorship.”